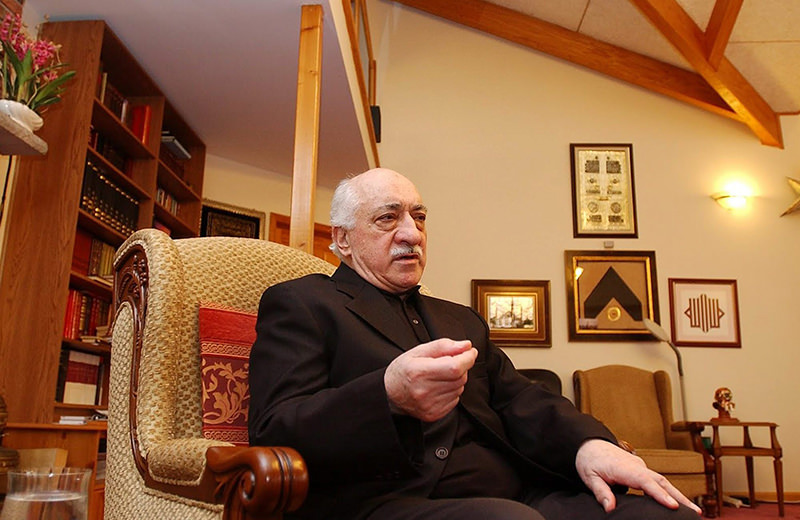 by Merve Aydoğan Mar 19, 2015 12:00 am
According to a recent survey conducted by the Ankara-based Objective Research Center (ORC) with 4,650 people in 30 provinces in early February 2014, only 2.8 percent of those surveyed did not trust Fethullah Gülen, and 75.2 percent of those surveyed believe in the existence of the "parallel structure," a term used to describe the Gülen Movement's infiltration of state institutions with the aim of allegedly toppling the government. In this regard, and also with the recently-revealed Gülen Movement-linked letter, dated March 18, that was addressed to U.S. Secretary of State John Kerry regarding press freedom in Turkey, which is often mentioned by the media, citizens have made statements regarding their concerns on the issue. Sedat Yıldız, 36, who is a driver, said: "The Gülenists are aiming to put the Justice and Development Party [AK Party] government into an unpleasant situation." Like many other citizens who have voiced their concerns regarding the issue to Daily Sabah, Yıldız added: "Turkey continues to advance to become a leading actor in the region, thus such a move is only a dirty plot against Turkey."

Ertan Özçelik, 37, a private security officer, commented on the alleged press freedom issue in the Gülen Movement-linked letter and said: "Each country has its own method of freedom, and freedom is not something that you can describe in black and white. In this regard, such accusations can be made of all countries around the world and the level of freedom can be criticized in all those countries as well." Özçelik also described the Gülen Movement smear campaign as an "advantageous move for them to denigrate Turkey." He further said that such an action is disappointing, and continued: "The Gülen Movement will not succeed with this."

The Gülen Movement is seen as a threat to national security by the government as it is accused of infiltrating top state institutions, including the police and judiciary, and wiretapping thousands of people, including senior officials, journalists, actors and the heads of nongovernmental organizations and others. Florist Mehmet Varlı, 40, said that the current situations in Turkey are a result of "the government handshaking with sides that they were unaware of." Varlı continued: "Such a move by the Gülen Movement is a dirty scheme against Turkey. However, this is a scheme that has been planned for years and the actions of the Gülen Movement are only a small part of this." He further raised his concerns to Daily Sabah: "The Gülen Movement-linked letter is part of a divide and rule policy."

As the public is aware of the Gülen Movement threat, human resources specialist Elif Pilgir, 48, said: "Everything that is happening in Turkey is highly discomforting." She also said that if there was an issue in Turkey regarding press freedom, then there would not be any anti-government media and the Gülen Movement-affiliated Zaman daily would be shut down. Newspaper circulations in Turkey shows that almost 70 percent of new outlets are critical of the AK Party government. Furthermore, it was recently claimed that Zaman aids the "imams" and members of the movement in efforts to establish movement-run establishments in many countries around the world.