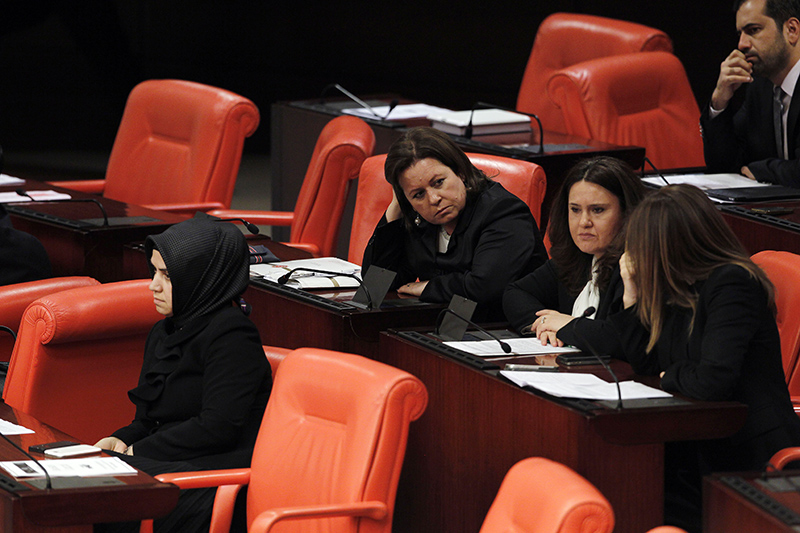 | Photo: AA
by Anadolu Agency Mar 26, 2015 12:00 am
A Turkish nongovernmental organization has called for more women to stand for seats in Parliament in the upcoming general elections.

"Equal representation is a precondition of democracy, and today we are here to defend equal representation of women and men in all fields of life," said Gönül Karahanoğlu, president of the Association for Support of Female Candidates (KADER).

Speaking at a press conference on Thursday in Istanbul, Karahanoğlu called on Turkish party leaders to work together with female parliamentarians from all political parties to increase the number of female deputies.

"In political processes, women cannot only be represented by men. In order to be able to say that all Turkish women are totally represented in Parliament, the number of female deputies should be increased," Karahanoğlu said.

Laying out that the general elections of 2015 will be held on June 7 to elect the 550 members of Parliament, Karahanoğlu said: "The female population in Turkey is almost exactly half of 75 million, but just 14 percent of Parliament represents nearly 40 million women. More women must be elected and appointed to decision-making positions."

"Party leaders must change their mentality; politics is not only a man's thing," Karahanoğlu added.

There are currently just 77 female deputies among 550 legislators in the Turkish parliament and the county has only one woman minister in the cabinet.