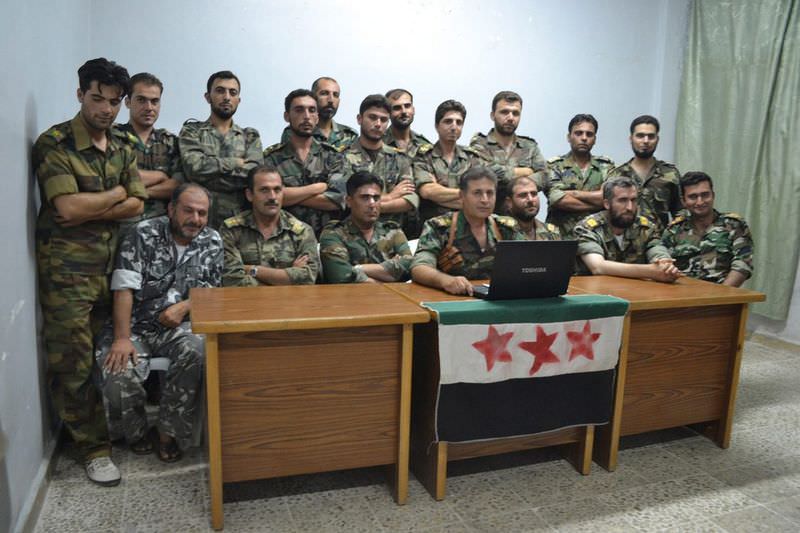 by Daily Sabah with AA Mar 28, 2015 12:00 am
About 2,200 individuals have been identified to be vetted for a train-equip program to help Syrian opposition fighters in the campaign against the self-proclaimed Islamic State of Iraq and al-Sham (ISIS), the U.S. said on Friday.

The Pentagon said in February that it had identified 1,200 opposition fighters to be vetted. The U.S. has added 1,000 in one month-time.

Commander of the American Special Operations Forces in the Middle East, Major General Michael Nagata, and his team, have been working to select and screen members of moderate Syrian opposition groups for the program.

Saudi Arabia, Qatar and Turkey agreed to help opposition groups not only fight ISIS but to also battle the regime of Syrian President Bashar al Assad.

The agreement with Saudi Arabia and Qataris is still being worked out, but the U.S. and Turkey already signed a deal in February to train and equip the Syrian opposition forces.

Turkish Foreign Minister Mevlüt Çavuşoğlu had said in February, "The aim of the program is to ensure a political transition and strengthen the opposition in their fight against threats such as extremism, terrorism and all elements that pose a threat to the opposition, including from the regime [of Bashar Assad]."

The Pentagon spokeswoman did not give a specific date on when the training program would start, but she told The Anadolu Agency, "We expect the program to launch in spring."

In line with the agreement signed between the U.S. and Turkey, the Syrian opposition forces will be trained in the central Anatolia province of Kırıkkale, Turkish national defense minister had said at the beginning of March.