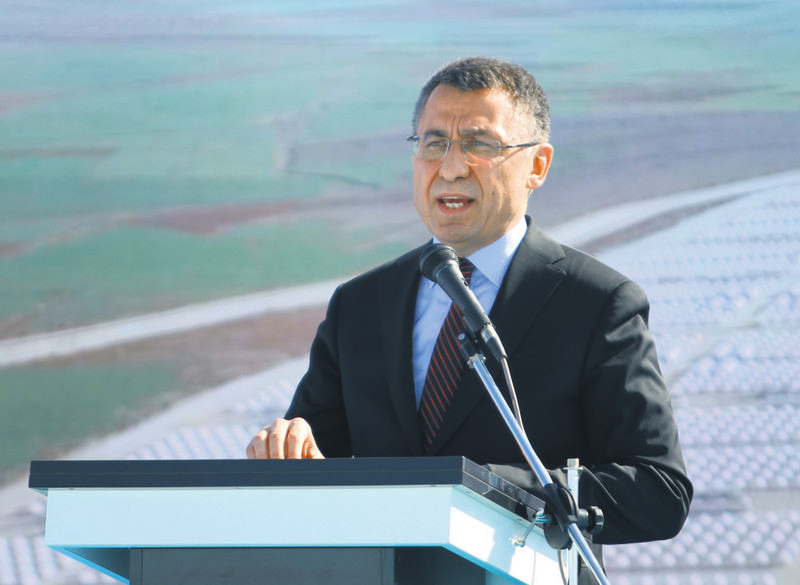 by Fatih Şemsettin Işık Mar 29, 2015 12:00 am
Fuat Oktay, the president of Turkey's Prime Ministry Disaster and Emergency Management Authority (AFAD) has remarked that AFAD is engaging in humanitarian aid by hosting Syrian refugees and that AFAD's accomplishments until now are beyond its mission.

During a talk organized by the Ankara-based think tank Foundation for Political, Economic and Social Research (SETA), entitled "Crisis in Syria: An Endless War?" the human and financial cost of the five-year on-going conflict was discussed.

Stressing that the basic solution for the crisis is a political one and that they try to do the mission of relieving the grief of Syrian refugees in Turkey, Oktay said that AFAD serves at the level beyond its mission for Syrian refugees. He said: "Utilizing the concept of 'visitors' for the refugees is relevant for reflecting Turkish hospitality. We aim to establish a livable environment for those who come to accommodation centers taking into consideration that they have a right to live and we provide them educational, health and social services alongside sheltering and nutrition services. However, the real problem is the life conditions of Syrians who live outside refugee camps."

Oktay also called on Turkey to maintain its open-door policy and urged non-neighboring countries of Syria to show determination and take responsibility in protecting human rights in the region.

Moderated by Yavuz Güçtürk, a researcher on human rights at SETA, the participants at the talk were Oktay, interim minister of Local Administration, Relief and Refugees Hussein al-Bakri and İbrahim Kaya, a professor of law at Istanbul University.

Explaining that human rights have been systematically violated since the beginning of the crisis, Güçtürk said that the international community has failed in preventing these human rights violations and that those in Syria need to be addressed in the future. "The reason for the blatantly perpetrated crimes against humanity in Syria today is that they have not been given account of those crimes in the past," he said.

Claiming that Syrian President Bashar Assad destroying of his chemical weapons created a de facto perception in the international community of, "If you commit a crime, you shall give the weapon up, then be innocent," Bakri said that Syrians who fled to neighboring countries fight with hunger and cold. "159 Syrians who live under the blockade of the regime died from starvation and dozens of children joined these casualties because of the cold. Why did the death of thousands of people not have a repercussion, but only a simple condemnation?" he said.

Pointing out that leaving people hungry is used by the regime as a war tactic, Kaya underlined that it is necessary to find a solution within the objectives of international law. Kaya also slammed what he called the international community's hypocritical attitude of the Islamic State of Iraq and al-Sham (ISIS) while disregarding the Syrian regime for human rights violations. "Perpetuators of human rights violations must be judged in front of the International Criminal Court," he said.
Last Update: Mar 30, 2015 10:54 am
RELATED TOPICS