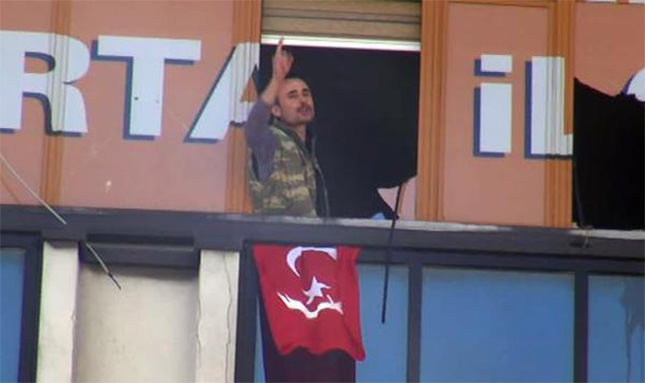 by daily sabah Apr 01, 2015 12:00 am
Two armed men in AK Party's Istanbul Kartal district branch have been neutralized and arrested.

The attackers reportedly told everyone to leave the building before they occupied it. They went up to the seventh floor, where they broke the glasses of two windows and flew a Turkish flag with a sword sign on it.

According to police transmitters, gun shots could be heard after the men entered the building and called for a negotiator while they were inside.

It was reported that police units have been deployed and the roads in front of the building have been closed as a security measure.

An ambulance was also waiting at the scene in case of an emergency.

No casualties were reported.

The incident comes a day after Mehmet Selim Kiraz, the Turkish prosecutor was held as hostage and killed by outlawed DHKP-C terrorists on Tuesday in Istanbul's Çağlayan Courthouse.