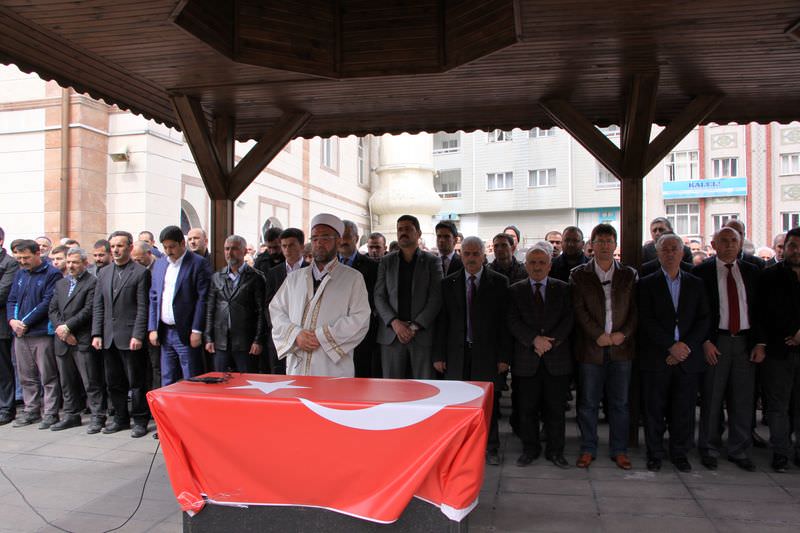 by daily sabah Apr 02, 2015 12:00 am
The Istanbul Prosecutor's Office has made a statement regarding the autopsy report of slain prosecutor Mehmet Selim Kiraz, revealing that his death was caused by a gunshot to his head.

"According to the information obtained from Kiraz's autopsy report, the prosecutor died as a result of a shot from the terrorist's gun held to his head, the weapon the terrorists used was a 7.65 caliber gun," the statement read.

"The security forces launched an operation after several gunshots were heard from the office where Kiraz was taken hostage. After security forces stormed into the office, the two terrorists responded with fire at the police," according to the statement.

It stated that the terrorists negotiated with Istanbul Bar Assosication President Ümit Kocasakal, lawyer Şükriye Erden and Sami Elvan but despite the hours long negotiations the terrorist did not surrender. The statement also underlined that the terrorist especially demanded to speak with lawyer Sezgin Tanrıkulu but Tanrıkulu did not arrive to the courthouse or answer his phone.

On Tuesday, two members of a banned DHKP-C terrorist group killed Mehmet Selim Kiraz, a prosecutor investigating the death of a teenager who was hit by a police gas canister fired during the Gezi protests in 2013, after holding him hostage in Istanbul courthouse for six hours.
Last Update: Apr 03, 2015 10:59 am
RELATED TOPICS