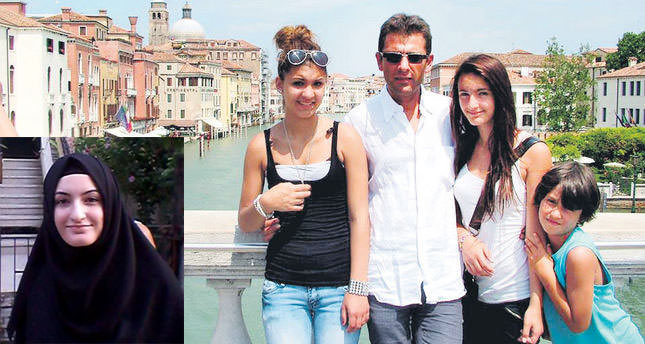 Contrary to the belief that ISIS appeals to devout Muslims in the West, it has been discovered that youths from secular families can also be inclined toward extremism with a lack of solid religious knowledge and can be militants' primary target for recruitment

When people from Europe started to join the Islamic State of Iraq and al-Sham (ISIS), the U.K., Germany and France were hoping to get rid of radical groups in their countries by ignoring the new trend.

But apart from this, they started to put the blame on Turkey for people joining ISIS, which was conducted with new methods based on the experience of intelligence agencies. Turkey could not control its borders according to them. When the Turkish government warned them to notice suspects, they said they could not block anyone heading somewhere without evidence since they were democratic countries. They forced Turkey, which sees 40 million tourists annually, to ask every tourist entering the country: "Will you join ISIS?" After accusing Turkey of cooperating with ISIS, the plots they set started a backlash. Lately, after it was revealed that a Canadian intelligence agent, Mohammad al-Rashed, aided three British teenage girls, European countries withdrew to their normal diplomatic borders and reluctantly started to cooperate and share intelligence data with Turkey.

Despite all the obstructions, Turkey managed to identify and send back thousands of people.

But the policy that followed was not based on the return of young people, but rather on their deaths. Or at least it suggested that they continue living there if they are not dead.

This immature dream has come to an end. Besides, children of secular families have also started to join ISIS.

One of them, a 16-year-old girl named Elif Öskürci, left home telling her parents that she was staying at a friend's house. But she did not return.

On my TV program broadcasted on ATV Europe, I asked her father, Atilla Öskürci, how his daughter started to change. He said the first thing he realized was her wish to wear a headscarf. He said: "We were glad to hear that since a family can face many hardships in protecting their daughters in Germany." But after a short while, she said she wished to wear a burqa. They were disturbed to hear that, but still accepted the girl's wish. Then she started to share some of her thoughts with her family such as Muslims are massacred and tyrannized in Syria and the Middle East and ISIS is fighting against this tyranny. But the family was still not suspicious.

As a result, Elif gave a message to her family that she would like to join ISIS. The family did not get suspicious when she said she would stay at the house of a friend whom they did not know. The next day when she did not show up, they searched for her but could not find her. She was not at school. Her relatives did not know anything about where she was. Upon that they noticed German police.When Atilla Öskürci arrived in Istanbul, Elif had already crossed the border.

The sorrow of parents is inexpressible, of course. They feel a sharp pain in their hearts every time their daughter is mentioned. So it is not right to expect them to find themselves mistaken. And naturally, under the influence of the propaganda by Europe, they blame Turkey instead of Germany.

Elif is not alone. For example, a 25-year-old woman named Duygu Doğan left her home in Frankfurt. The only thing her family knew was she headed to the house of a friend named Selçuk in Syria.

After all, the children of immigrant families cannot escape from being an "other" no matter how they keep up with the "modern" lifestyle Europe imposes. We already know the innumerable street attacks targeting young girls wearing headscarves. They unfortunately turned into ordinary events. Youthfulness and extreme individualization can set a gap between a family and a child who opens up to the world on social media and turn the child into an introverted person. This isolation makes an individual more vulnerable and open to foreign impacts especially if they are young. In the final analysis, the need to exist can lead them to search for a new ground, a safe port to refuge.

Also, with the end of the Cold War period, a gap was formed in the groups that interpret the world or beliefs through ideologies. The Islamic institutions based in the West could not address the youth and fill this gap since Islamophobic governments limit their activities. Germany saw the fact to a certain extent, but this is not enough.
Last Update: Apr 02, 2015 12:58 pm
RELATED TOPICS