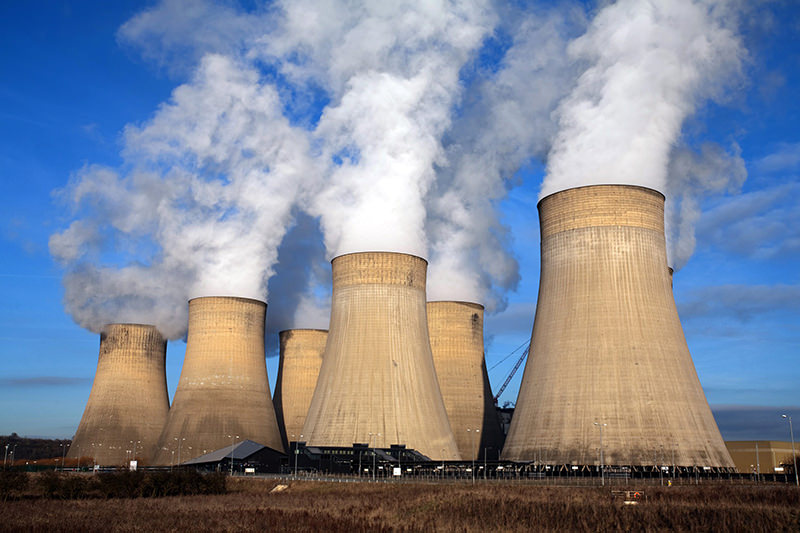 | Getty Photo
by Anadolu Agency Apr 10, 2015 12:00 am
Turkish President Recep Tayyip Erdoğan has approved an agreement between Turkey and Japan to cooperate in the field of nuclear energy.

Turkish Grand National Assembly, the parliament, had passed into law an intergovernmental agreement to build a nuclear power plant in the Turkish province of Sinop with Japan on Tuesday.

The president has now approved the law regarding the nuclear deal, a statement from the Press Office of the Turkish Presidency said late on Thursday.

The agreement was published Friday in the Official Gazette after it was passed by Parliament on April 1 and approved by President Recep Tayyip Erdoğan on Thursday.

Construction of the $20 billion plant, which will be built in the northern province of Sinop near the Black Sea, is expected to begin in 2017 to produce 40 billion kilowatt-hours of electricity every year with four reactors. A French-Japanese consortium with a stake in Turkey's state-owned Electricity Generation Company (EÜAŞ) will build the nuclear plant. The agreement between the Turkish and Japanese governments to build the plant was signed in 2013.

The nuclear project will be constructed by a French-Japanese consortium with a share from Turkey's state-owned energy company EUAS. The agreement between the Turkish and Japanese governments to build the plant was signed in 2013.

Rosatom, the Russian state atomic energy corporation, signed an agreement with Turkey in 2011 to build and operate the country's first nuclear power plant. The plant, which will have a life cycle of 60 years, will cost about $20 billion. Construction will begin in 2016 and the planned four reactors are due to become fully operational in 2023. The first nuclear plant will be in Akkuyu, in southern Turkey and Russia will finance the project.

Turkey currently relies heavily on foreign natural gas for its electricity production. Efforts will be made to increase the use of Turkey's domestic resources with each plant's construction. Once all of the plants are operational, Turkey's foreign energy demand is expected to significantly decrease.