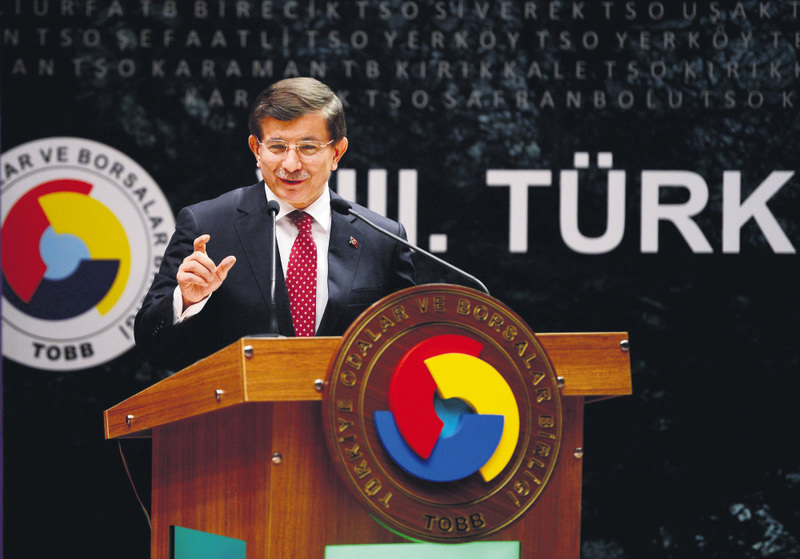 PM Davutoğlu, detailing the AK Party's process for determining the deputy candidates for the ruling AK Party, said the party aims to show Turkey's diversity through its candidates for the upcoming elections. The party's candidate list includes many members from minority communities

Prime Minister Ahmet Davutoğlu, in a live interview on NTV, said Thursday that the Justice and Development Party (AK Party) chose its deputy candidates based on their qualifications and social and ethical performances, not on their popularity or fame. "We are not in search of stars in politics. This is not a concert or a football game … What we look for in the candidate determination process is not to find a popular name, but to find a name that will pursue AK Party tradition," Davutoğlu said, highlighting that the party aims to show the diversity from around the country.

Pointing out that the AK Party had nearly 6,230 candidate nominee applicants when the candidate determination process first began, Davutoğlu said that the AK Party team in charge of candidacy nomination for the June 7 elections worked 116 hours before the announcement of the deputy candidate list.

"I visited more than 50 provinces through AK Party meetings. Then, we carried out a tendency survey in each province. I asked the group deputy chairmen for a report on the Parliament's performance and participation issues. I personally held talks with all province chairmen. We carried out tendency surveys with all nongovernmental organizations whether they voted us or not. Our election committee interviewed all 6,230 candidates," he said, adding that there are also some figures in the party's final candidate list even though they did not announce their candidate nomination for ethical reasons.

Harshly criticizing the primary elections held by the main opposition Republican People's Party (CHP) to determine its final deputy candidacy list, Davutoğlu said that the method used by the AK Party has been much more effective than the CHP's in reference to the fact that only 50 percent of the total 760,000 CHP members cast votes. "We tried to establish balance [in the candidate list]," Davutoğlu reportedly said.

Explaining that his aim is for the AK Party to continue being the ruling party, Davutoğlu said he would hand over his position as the chairman of the AK Party if the party does not come out on top in the elections.

When asked whether the People's Democratic Party (HDP) would be able to pass the 10 percent election threshold that it hovers around, Davutoğlu said it is a democratic race and that he would congratulate them if they pass the threshold, but they should never use the results as a reason to turn into a protest party if they do not pass the threshold.

Mentioning the Oct. 6-7 Kobani protests, which turned into violent clashes between pro- and anti-PKK groups, he said that Turkey did not turn a blind eye to the violent clashes that killed dozens of people during the demonstrations and underscored that the HDP's provocative statements had a huge affect in the incidents, HDP Co-Chair Selahattin Demirtaş's call for street protests for instance.

He clarified why he supports a presidential system as the prime minister at the end of the interview, saying: "I have no intention to occupy the prime ministry seat since I am the current prime minister. I am obliged to tell the truth to the nation when the time comes: Turkey needs a restoration. Turkey needs a presidential system." PM Davutoğlu stressed the harmony between the government and President Recep Tayyip Erdoğan on all issues from the reconciliation process to country's internal and foreign policies.