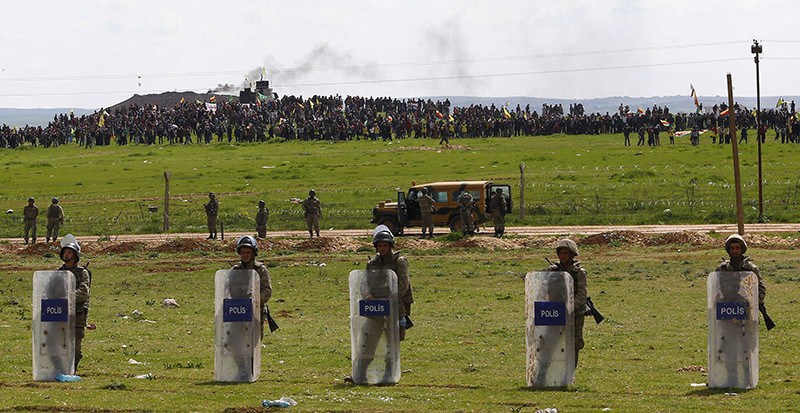 The Anadolu Agency's correspondent gained access to three of the documents.

The first intelligence report, written on March 13, 2015, revealed that the Syrian regime was monitoring the Turkish army's patrols and deployments, as well as the number of soldiers and vehicles.

The second document, written on March 16, 2014, exposed the regime's spying on Syrian refugees and relief aid they receive from the Turkish government, such as new schools, in several Turkish cities.

The third document, written on September 20, 2012, assessed the situation at the Bab al-Hawa border crossing, as well as intelligence about opposition forces and field hospitals.

The Syrian Network for Human Rights has documented at least 154 civilian deaths, including 54 children and 39 women, in regime airstrikes on Idlib since March 27.