Turkey recalls its ambassador to Vatican after Pope's 'genocide' remarks 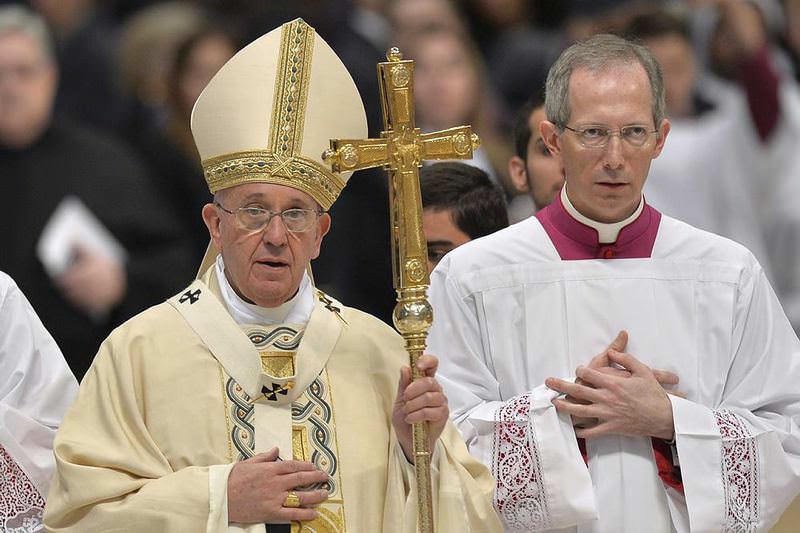 by Daily Sabah with Agencies Apr 12, 2015 12:00 am
Turkey on Sunday recalled its ambassador to Vatican for consultation after Pope Francis described the killings of Armenians during World War I as "the first genocide of the 20th century."

"The statement made by Pope Francis on April 12 at St. Peter Basilica regarding the 1915 events is devoid of any historical or legal facts." Turkish Foreign ministry said in a statement released on Sunday on its official website.

"Turkish people would not recognize the Pope's statement, which is controversial in every aspect, which is based on prejudice, which distorts history and reduces the pains suffered in Anatolia under the conditions of the First World War to members of just one religion," the statement said.

"Our ambassador to the Vatican Mehmet Paçacı is being recalled back to Turkey for consultations," the ministry said in the statement after earlier summoning the Vatican's envoy to Ankara to the ministry and conveying the message that the incident has caused "loss of trust" and would be met with a response.

Ankara agrees that there were certainly Armenian casualties during World War I, but says that it is impossible to define these incidents as "genocide."
Last Update: Apr 13, 2015 10:09 am
RELATED TOPICS