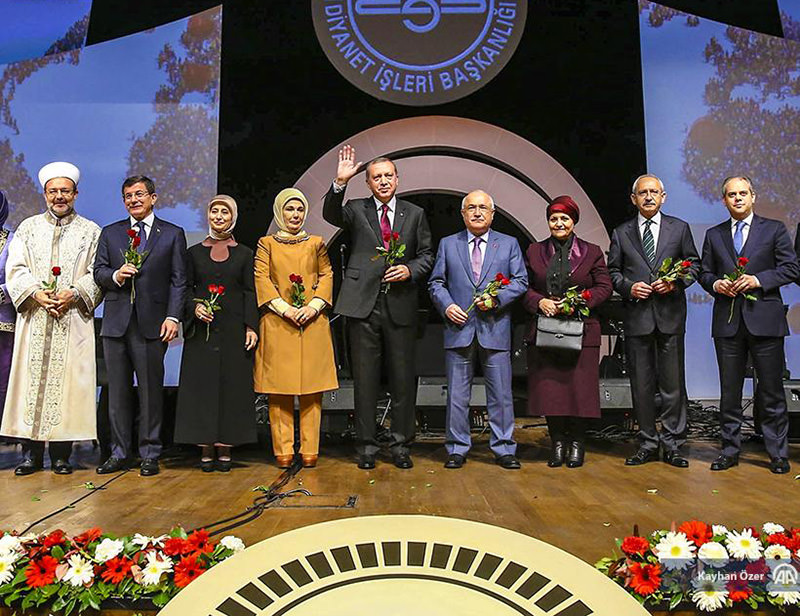 The head of the Presidency of Religious Affairs, Mehmet Görmez, gave a speech in which he said with regret that mankind is failing to manage multiculturalism. He reminded reporters that every year a theme is determined for the Holy Birth Week and disclosed to the public, and added, "we take particular care to carry themes that are important for our social and social lives during the Holy Birth Week and get the people to familiarize themselves with ageless and compassion-laden messages of the Prophet."

Mentioning "deep pains" and "heart breaking incidents" in the world, especially in Islamic lands, he gave a reminder about the messages of compassion of the Quran and the teachings of the Prophet that invites humanity to peace.

The birth of Prophet Muhammad is celebrated throughout world with a series of festivities.