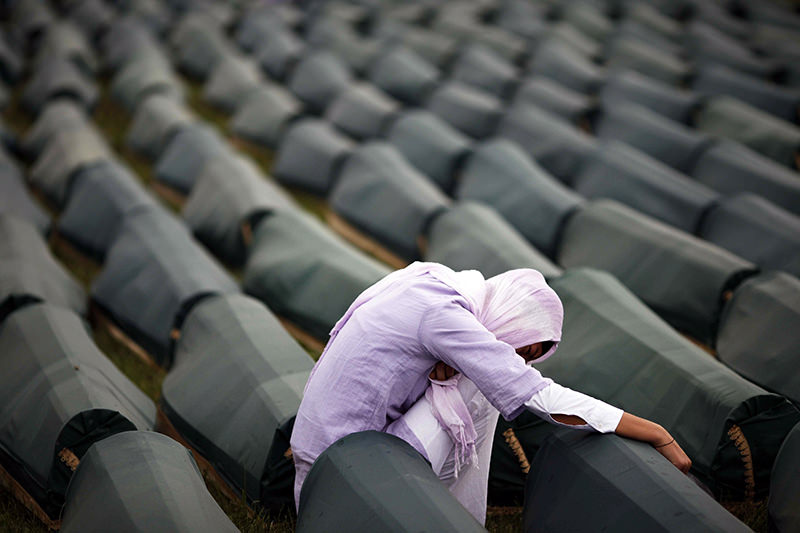 Addressing a joint press conference with his Mongolian counterpart Lundeg Purevsuren in the Mongolian capital of Ulan Bator, Çavuşoğlu said: "The pope called the 1915 incidents a 'genocide,' which lacks any competent court judgment, while describing the events that took place in Bosnia and Rwanda as 'mass killings,' which are recognized as genocides by competent international courts. There is a contradiction and discrimination there."

During Sunday's Mass at the St. Peter's Basilica, which Armenian President Serzh Sargsyan also attended, the pontiff said: "In the past century, our human family has lived through three massive and unprecedented tragedies.

"The first, which is widely considered the first genocide of the 20th century, struck your own Armenian people, the first Christian nation, as well as Catholic and Orthodox Syrians, Assyrians, Chaldeans and Greeks and, more recently, there have been other mass killings, like those in Cambodia, Rwanda, Burundi and Bosnia."

Responding to the pope's remarks, the Turkish foreign minister said: "Before anything else, Pope Francis' statements contradict historical and legal facts. With a selective point of view, he ignored the tragedies that befell on the Turkish and Muslim people who had lost their lives in World War I."

He added, "History was instrumentalized for political aims."

Çavuşoğlu said that as a reverend, the pope should be giving brotherly, peaceful messages against racism, discrimination and xenophobia.

"Statements which are controversial in every aspect, based on prejudices, distorting the history and confining the sufferings in Anatolia to a single religious community are declared null and void by the Republic of Turkey and the Turkish nation," he said.

Meanwhile, Turkey's ambassador to the Holy See, Prof. Mehmet Paçacı, who was summoned by the Turkish Foreign Ministry on Sunday for consultations, arrived in Ankara early Monday.

The Turkish government has repeatedly called on historians to study Ottoman archives pertaining to the era to uncover what actually happened between the Ottoman government and its Armenian citizens.

In 2014, then-Turkish PM Recep Tayyip Erdoğan expressed his condolences for the first time to all Ottoman citizens who lost their lives in the events of 1915.

"May Armenians who lost their lives in the events in the early twentieth century rest in peace, and we convey our condolences to their grandchildren," Erdoğan had said.