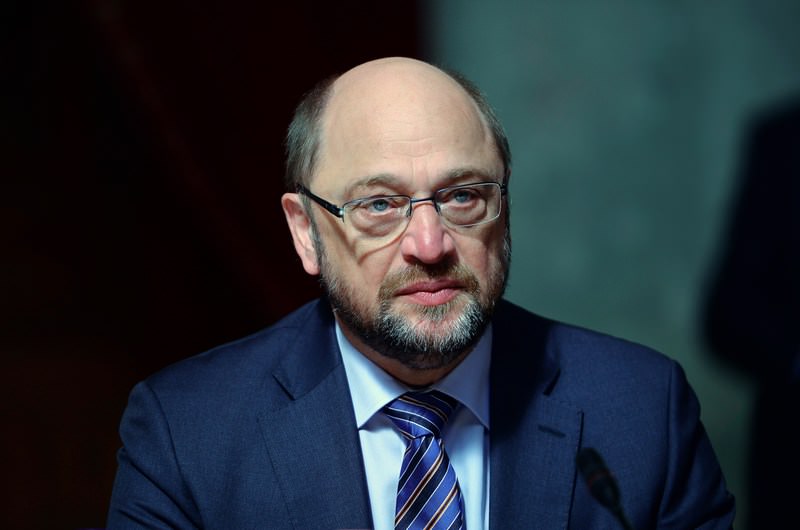 by daily sabah Apr 16, 2015 12:00 am
On Thursday, European Parliament President Martin Schulz called Turkish Prime Minister Ahmet Davutoğlu via phone and said that he empathized with Turkey's reaction against the Parliament's resolution regarding the 1915 events. Schulz added that the vote was taken in his absence.

According to the prime ministry sources, Davutoğlu told Schulz that the resolution was disrupting the historical facts and might harm relations between Turkey and the European Union as the Parliament's decision was far behind from bringing a solution to the issue between Turkey and Armenia.

While reiterating Turkey's rejection to the decision of EP, Davutoğlu said in order to prove its sincerity on improvement of the relations between Armenia and Turkey, the European Parliment should call on Armenia and its diaspora to start a dialogue with Turkey to resolve the dispute.

Pope Francis said on Sunday that "the first genocide of the 20th century struck Armenians", a statement which triggered criticism from Turkey and led to Ankara recalling its ambassador in the Vatican and also summoning Vatican's envoy in the Turkish capital.