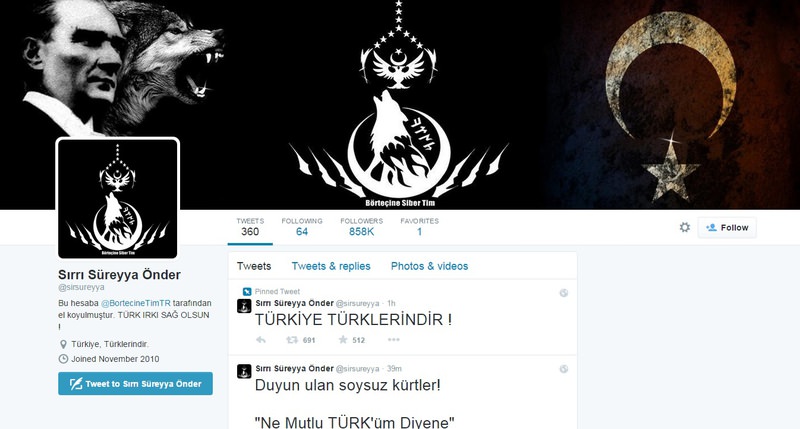 by Emre Başaran Apr 23, 2015 12:00 am
Deputy of pro-Kurdish HDP Sırrı Süreyya Önder's official Twitter account, which has nearly a million followers, was hacked on Wednesday, by a nationalist hacker group that later sent tweets with racist messages.

"Turkey belongs to Turks! Listen us, you degenerate Kurds! How happy is he who says 'I'm a Turk!'"

Sırrı Süreyya Önder, a deputy of pro-Kurdish HDP and also of Turkish origin, has been famous in recent years for his extraordinary attitude and behaviours.