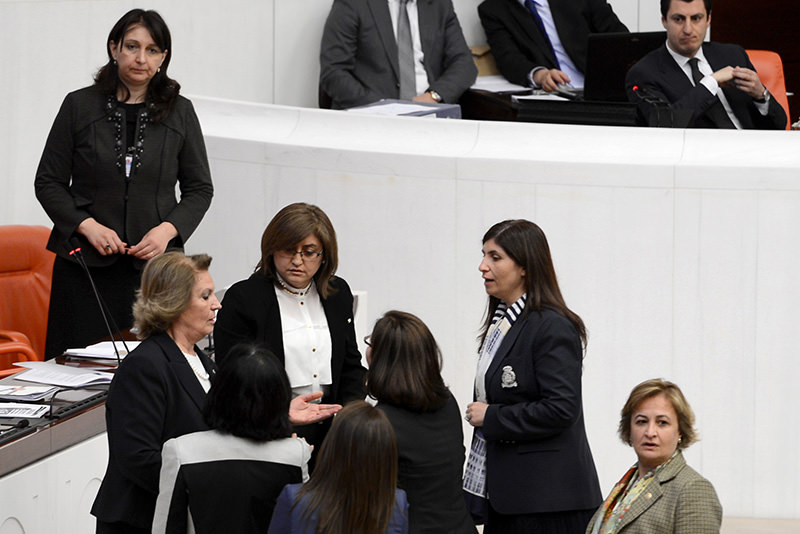 by Anadolu Agency Apr 23, 2015 12:00 am
Turkey aims to raise standards of women and make them more visible in politics, a leader of the ruling Justice and Development or AK Party's women branch said in Brussels on Wednesday.

Meryem Göka, vice chair of Turkey's incumbent AK Party women branch, which has more than four million members, was one of the women rights experts gathered at the European Parliament to discuss the political participation and rights of women in Europe and the Muslim world.

"We are working on women's issues and aim to raise women's standards and make them more visible in politics," Göka said.

"We want them (women) to be more effectively represented in the (upcoming June) elections," she added.

"At least one third of the Member of Parliament candidates should be women," she said.

Silvana Koch-Mehrin, founder and chief executive officer of the Women in Parliament's Global Forum, said: "Turkey can play an important role because of its history, geographic location and due to the fact that it is a bridge between Europe and the Muslim world."

Turkey is the first country to sign the Council of Europe's Convention on preventing and combating domestic violence against women.

Turkey also became the first country on March 12, 2012, to ratify the convention on domestic violence, followed by 16 other countries, including, Denmark, Finland, France, Italy, Spain and Sweden.