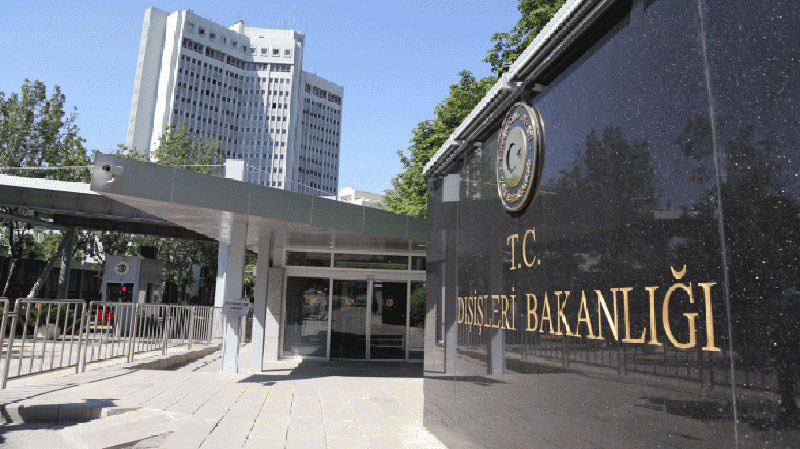 by Anadolu Agency Apr 25, 2015 12:00 am
Turkey condemned France's "unjust and partial attitude" to the deaths of Ottoman Armenians during their forced relocation in 1915 late on Friday.

"French President Francois Hollande participated, as he had announced long time ago, at the ceremony held in Yerevan on 24 April, 2015, which instead of being a commemoration for the losses incurred in the past, turned out to be an occasion to slander Turkish identity, history and society," the Foreign Ministry said in a statement.

The statement added that Hollande had "regrettably reiterated his support to the Armenian nationalist narrative."

Russian President Putin also attended the events in the Armenian capital held to mark the 100th anniversary of the 1915 incidents, which heard Hollande urge Turkey to end its refusal to recognize the deaths as "genocide."

"It would have been expected from President Hollande that during these ceremonies he would acknowledge that, regardless of religion or ethnicity, all Ottoman citizens endured tragic sufferings during the process of the collapse of the Ottoman Empire," the statement added.

"Such an approach, which does not discriminate between the sufferings of those who belong to different religions, would have undoubtedly been seen as a positive and embracing attitude by the 600,000 Turks living in France."

Similarly, a speech by French Prime Minister Manuel Valls in Paris on Friday was denounced on the grounds that he "distorted historical facts and violated legal principles at an event he participated [in] which was not held with the understanding of harvesting peace and friendship from history but rather hostility."

Turkey has called for the establishment of a joint commission of historians and the opening of archives to study and uncover what happened between the Ottoman Empire and its Armenian citizens in 1915.

The relocation by the Ottomans of Armenians in eastern Anatolia resulted in numerous casualties. Turkey does not dispute that there were casualties on both sides, but rejects the definition of "genocide."