Report: Refugees must be integrated into society with long-term policies 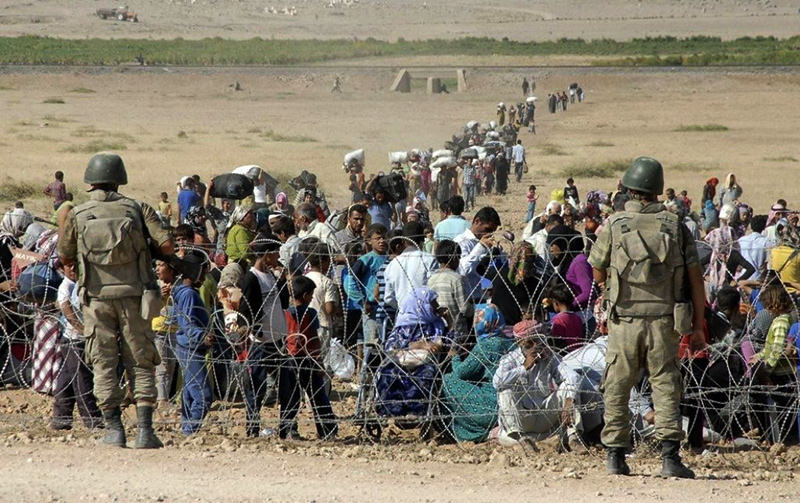 by Fatih Şemsettin Işık Apr 27, 2015 12:00 am
The general conditions of Syrian refugees in Turkey and the future of the refugee issue have been evaluated in a comprehensive report published by the Foundation for Political, Economic and Social Research (SETA) in Washington in April. In the report, alongside appreciation for the coordinated work that has been carried out by Turkey's Disaster and Emergency Management Agency (AFAD) and other institutions, several recommendations regarding the integration of refugees into Turkish society and the durability of the policy are suggested as well.

Entitled "Turkey's Syrian Refugees: Toward Integration," prepared by co-editors Kılıç Buğra Kanat and Kadir Üstün, the report underlines that some strategies Turkey adopted for Syrian refugees indicate the level of progress that Turkey has made. It says: "It is important to note here that, according to new legislation, Turkey has adopted a policy of "non-refoulement," which allows for a much safer legal environment for refugees. Although refugees are often subject to misinformation and hesitate to register with authorities, it seems that much progress has been made, as the number of registered refugees is close to two million."

In addition, problems in both domestic and foreign affairs are addressed in the report. While the urgent need for the integration of refugees who live in major metropolitan areas is stressed, the education of Syrian children in refugee camps is seen as something that needs to be dealt with.

The report says: "In the camps, AFAD facilitates the education of children, while UNICEF is also providing school supplies among other kinds of help. Overall, the majority of school-age children are outside schools, and despite the efforts of various government, international and civil society organizations, education remains the most important challenge for refugees in Turkey."

Commenting on various incidents of abuse that have taken place while employing Syrian refugees working for low wages and in unsafe conditions, the report stresses the necessity of "a carefully prepared piece of legislation that can allow refugees to work legally." "If and when the legislation passes, there will be many businesses in industrial cities willing to employ Syrian refugees. This would not only allow refugees to sustain themselves, but also help the economy by integrating qualified Syrian workers into the workforce," said the report.

Regarding the issue of returning refugees to their country, the report points out that the security of the Turkish-Syrian border must be taken into account. While it says that some improvements along the border have paved the way for Syrians to return to their country even just temporarily, it did not change the main dynamic and "refugees will likely remain as long as there is fighting and violence."

As a result of interviews that were conducted for the study, the havoc in Iraq is also indicated as a hurdle for Syrians to return. It says: "One local nongovernmental organization worker said that many refugees are now saying that even if the conflict ended soon, instability, as in Iraq, will likely continue for years, which makes returning less realistic."

According to official data, 1.7 million Syrians have taken refuge in Turkey since the outbreak of the civil war in March 2011. However, there are an estimated two million Syrian refugees in the country.