Former President Gül: I have no desire other than success for the AK Party 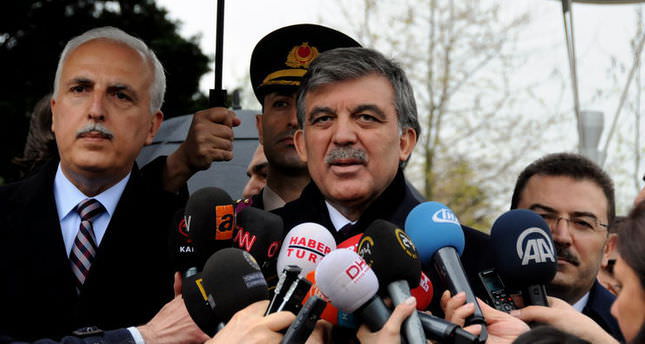 by daily sabah Apr 28, 2015 12:00 am
In an interview conducted by Qatari newspaper Al-Sharq on Saturday, former President Abdullah Gül emphasized that he has no intention of forming a new political party.

Following the end of Gül's presidency in August 2014, speculation that he would run as a candidate for the ruling Justice and Development Party (AK Party) or establish a new political party has been an ongoing debate in the local media. Addressing this, he said: "I am the one who essentially established the AK Party. I am the first prime minister and first president [from the party]. Thus, there is no other position after the presidency." He continued by adding that he has no other desire than for AK Party members to be successful and added there are many spheres other than politics where his skills and experience can be utilized.

Evaluating the recent developments in Syria, Iraq, Libya and Yemen as well as other regional countries, Gül said the situation in the Middle East is highly disgraceful and there is a need for solidarity.