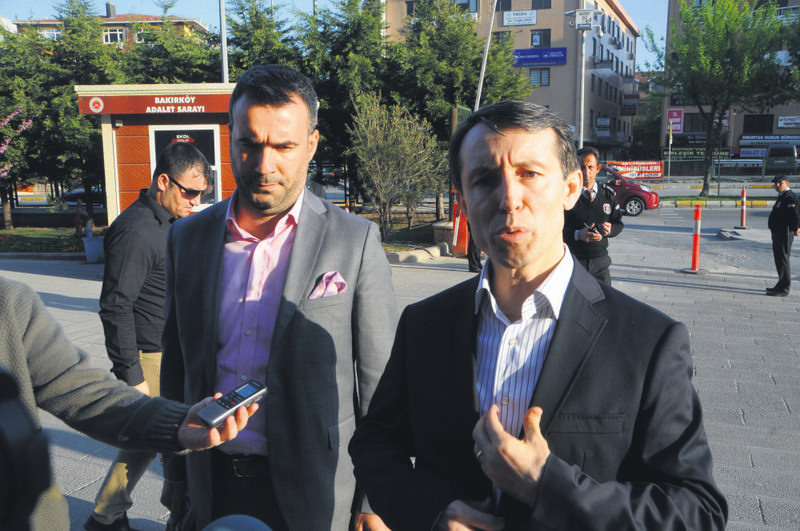 Two judges have been arrested for abusing their duty by attempting to release suspects allegedly affiliated with the Gülen Movement, despite lacking the authorization for such a decision

Two judges, who attempted to release Gülen Movement-affiliated Samanyolu Broadcasting Group General Manager Hidayet Karaca and 75 other detainees last week, have been arrested for delivering an unauthorized ruling regarding the suspects.

Metin Özçelik, who was the former judge of the 29th Criminal Court of First Instance before he was suspended from duty by a decision of the Supreme Board of Judges and Prosecutors (HSYK) and Mustafa Başer, the judge who unlawfully ruled for the release of the suspects have been arrested after referring to court with an arrest warrant. The suspects are accused of being members of a criminal organization.

The judges are believed to have exploited their authority and delivered rulings last Saturday that would pave the way for the release of suspects allegedly affiliated with the Gülen Movement. The movement, which is already suspected of having infiltrated key government bodies, such as the police and the judiciary, to hold sway over the state, is thought to be behind the latest incident. Lawyers working to release the suspects has cast a shadow on their impartiality, and raised questions over whether they too could be associated with the movement.

Upon the unlawful attempt, which some critics identified as their "suicide," the HSYK launched an investigation into the judges and decided to suspend them from duty. Shortly after the investigation began, a detention warrant was issued against the judges. They were referred to the Bakırköy 2nd High Criminal Court. As, Özçelik has been arrested on late Thursday, an Istanbul court ruled for Başer's arrest as well on late Friday. The two judges are facing charges of abuse of authority and forming a criminal organization.

The incident, which has triggered hot debate among the judiciary and experts, began when Özçelik ruled for the discharge of the judge who looked into the case and handed it over to the 32nd Criminal Court of First Instance, which ruled for the release of the suspects in question, although such a decision was beyond its authority. The prosecutor's office that received the court ruling did not put it into force since, according to the code of law, a case in which an investigation is ongoing can only be assessed by the Criminal Court of Peace. In that respect, the 10th Criminal Court of Peace decided that the decision to release the suspects was inapplicable and invalid for having been delivered by an unauthorized court. The incident has prompted an investigation by the HSYK, and it decided to suspend the judges from duty during their special session on Monday.A day after inspectors in the HSYK second chamber suspended the two judges, an upper chamber decided on Tuesday that the investigation into the judges will continue. The head of the third chamber of the body said anyone who violates the law will receive a response. HSYK Deputy Chairman Metin Yandırmaz said: "The judges and prosecutors are tasked with executing laws. If a judge or prosecutor acts illegally, chaos will emerge. The HSYK does not let this happen. The HSYK will take the necessary steps regarding members of the judiciary who act unlawfully."

A new judge who was appointed to the vacant post in the 32nd Criminal Court of First Instance withdrew Başer's decision. After assessing the demand by the public prosecutor's office to deem the decision void, the newly-appointed judge who replaced Başer, Erdoğan Şimşek, accepted the demand, and decided that the previous ruling was invalid and will be considered void.

Deputy Prime Minister Bülent Arınç regarded the unauthorized decisions by the judges in question as "theft of authority." "The Criminal Court of the First Instance decided to discharge the suspects," he told a press conference after a Council of Ministers meeting in Ankara. "However, this case is within the field of the Criminal Court of Peace, which declared the decision null and void." Arınç said.

Prime Minister Ahmet Davutoğlu branded the incident as a coup attempt in the judiciary. He said the judges acted upon the orders from Pennsylvania, implicating the leader of the movement, Fethullah Gülen, who lives in exile in the U.S.
Last Update: May 01, 2015 7:53 pm
RELATED TOPICS