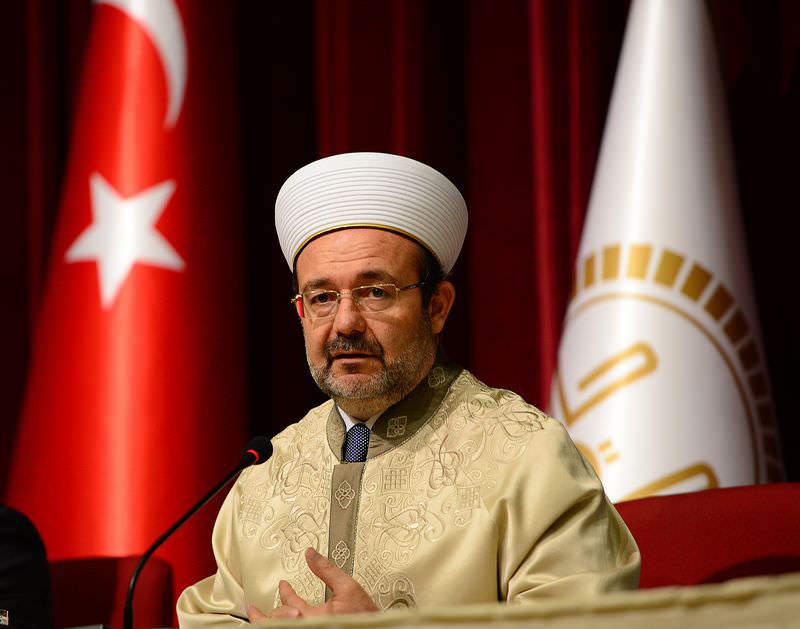 by Daily Sabah May 04, 2015 12:00 am
Mehmet Görmez, the head of Turkey's Presidency of Religious Affairs (DİB), has harshly criticized pro-Kurdish Peoples' Democratic Party (HDP) Chairman Selahattin Demirtaş due to his latest statements on the institution and accused him of "not even having a primary school level knowledge of the religion [of Islam]."

Speaking at a symposium on Sunday, Görmez complained about people who criticize the DİB despite their lack of knowledge on religion and said "People who don't know the difference between prayer and khutbah [sermon], khutbah and khatim [reading the entire of the Quran], khutbah and salaah, salaah and pray despite their being children of this civilization and these lands, they can maintain all their discussions through the religion and devoutness."

He also pointed to some issues by saying, "Such a saddening event. But he is from our people. We don't have a right to get angry and frustrated. We have to think of how we could have spread educated ignorance that much, how we could deprive our children, our people and even our rulers of this literature, words and concepts on these lands."

Bringing up the activities the institution has directed in recent years, Görmez expressed his regrets on the latest debates concerning the position of the DİB. He said, "While everyone is speaking about the institution, they mention the institution that they wanted to be the stick of the state. They forget the DİB that surrounded all of our spiritual geography in recent years, that accessed 30 million Muslims in Russia and became an establishment for all the Muslims in the Turkic republics, the Caucasus, the Baltic republics and Balkans. They do not consider this. Perhaps that is the reason of this anger."

Making a speech in a meeting in Paris on Saturday, HDP Chairman Demirtaş accused the DİB for being biased and even pledged to shut down the institution as a promise of June 7 parliamentary elections.