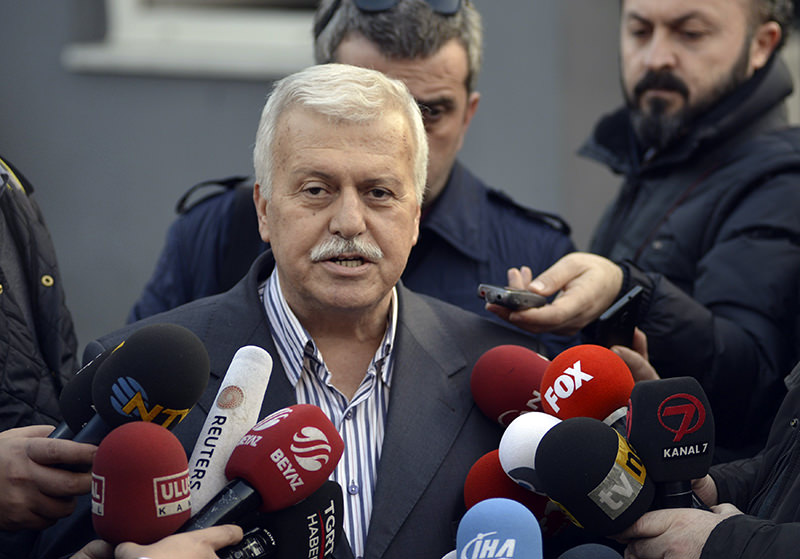 A former Gülenist figure who parted ways with the movement after its alleged offenses became public, has filed a complaint against Fethullah Gülen’s lawyer for labeling him as traitor, in addition to Zaman daily editors for publishing his ‘insults’

Former member of the Gülen Movement, columnist Hüseyin Gülerce, who is currently critical of the movement, has lodged a complaint against Fethullah Gülen's lawyer, Nurullah Albayrak, for insulting him through an article published in the Gülen Movement-owned Zaman Daily.

Gülerce made public his move to file a complaint against the lawyer of Gülen for insults against him through his Twitter account. He shared a message via Twitter on Thursday, saying that he filed a complaint against Albayrak and those responsible for publishing the article titled "Gülerce treacherously slanders," in which Albayrak was quoted.

"Zaman Daily and Gülen's lawyer have pointed me out as a target. The daily, of which I once was the editor-in-chief, insulted me and they will be held accountable for it according to law," one of his tweets reads. He also wrote that the attack against him by the members of the Gülen Movement was due to his disagreement with the movement.

Hüseyin Gülerce, once a close companion of Fethullah Gülen, announced in August that he had parted ways with the movement, citing its alleged illegal activities. He said he gradually distanced himself from the movement after he became aware of its "offenses."

"The parallel structure has been branding those who oppose them as traitors. They will know they cannot do that anymore," another tweet he shared read.

Gülerce, whose critical comments regarding the Gülen Movement in the past several months led him to resign from the Gülenist newspaper Zaman, for which he worked for decades as a columnist, said: "I'm leaving Zaman. That's because I have nothing to write at Zaman."

Gülerce made the comment as he announced his resignation in August.

Gülerce previously said the February 7 operation, in which Gülenist prosecutors attempted to detain the National Intelligence Organization (MİT) head Hakan Fidan after accusing him of collaborating with the PKK, was "the declaration of a war." He later said the December 17 and December 25 operations, in which Gülenist police and members of judiciary allegedly tried to topple the government, was "an all-out attack," and added that he tried to stop Gülenists from conducting the operation.

"[The December 17 and December 25 operations] were never bribery and corruption investigations for me. It was the third step after the February 7 MİT crisis and Gezi Park protests. I have a clear conscience about that," Gülerce said.

Following the December 17 and December 25 operations, dozens of journalists left Gülen Movement-owned media outlets. Those who resigned include Etyen Mahçupyan, an Armenian-Turkish columnist and writer known for his strong democratic stance against developments in Turkey, and Markar Esayan, another Armenian-Turkish journalist and intellectual.

Fethullah Gülen, who lives in self-imposed exile in the U.S., is accused of leading a criminal organization and officials have reported that sufficient solid evidence has been discovered proving his crimes. The movement has been under scrutiny in numerous countries including Russia, the U.S., Azerbaijan, Germany and other places.