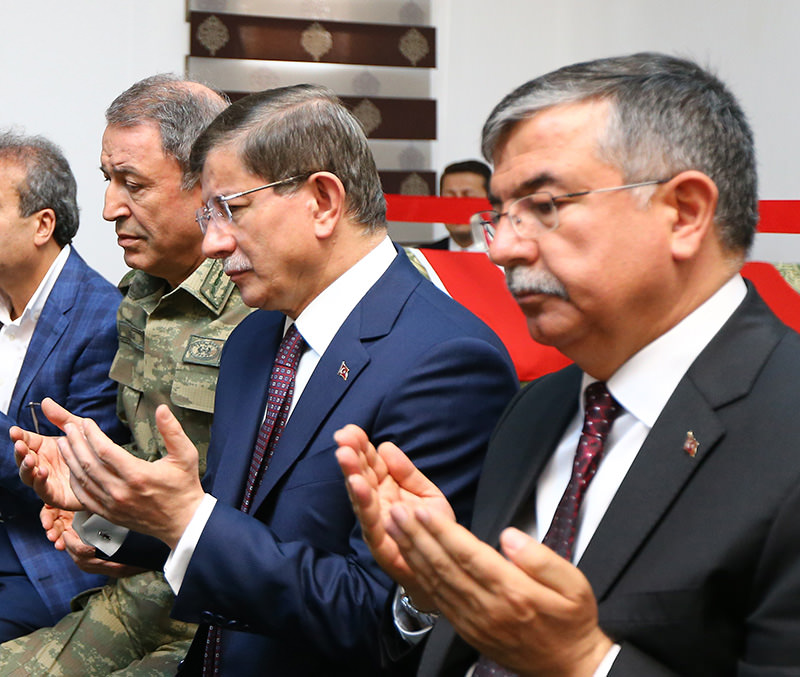 | IHA Photo
by Daily Sabah May 10, 2015 12:00 am
Prime Minister Ahmet Davutoğlu has paid a visit the Tomb of Suleyman Shah, which was relocated to a closer are to the Turkish border in Syria in February, before his party's rally in the eastern province of Şanlıurfa.

Amid intense safety measures, Davutoğlu first went to Birecik district, which is close to the Syrian border, and heard information from the army officials about the developments in Syria and in the Turkish-Syrian border.

The Turkish Army relocated the Tomb of Süleyman Shah from Karakozak Village in Munbic, Syria, 37 kilometers away from the borders of Turkey, to the north of Syria, Eşme village which is closer to the Turkish borders, on 21 February.
Last Update: May 10, 2015 10:49 pm
RELATED TOPICS