Indictment against 28 suspects on wiretapping probe sent to court 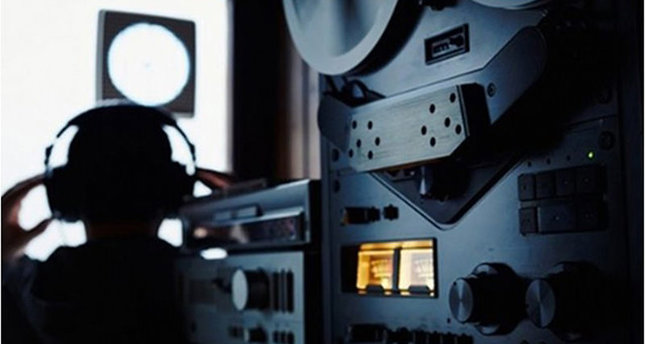 by Daily Sabah May 11, 2015 12:00 am
An indictment against 28 people who are working for Turkey's top scientific body (TÜBİTAK) and Telecommunications Directorate (TİB), and accused of wiretapping government officials including President Recep Tayyip Erdoğan, has been submitted to court.

The indictment, prepared by Ankara Public Prosecutor's office and sent to the 2th Ankara High Criminal Court on Monday, said that suspects are accused of fabricating tape recordings allegedly belonging to President Erdoğan and his son, Bilal Erdoğan, by electronically cutting and pasting different syllables from different speeches under a single pool of voice recordings.

A series of fake tape recordings of Erdoğan and his son, daughter, numerous ministers and politicians were published online prior to the March 30 local elections by agents affiliated with the Gülen Movement following the December 17 operation. The tape recordings had numerous inconsistencies in time, content and location.

According to the indictment, the suspects, Hasan Palaz, Gökhan Vıcıl, Özgür Ören, Orhan Üçtepe, İmren Ergüler and Ayhan Yeni designed MİLCEP K2 model encrypted phones in order to conduct wiretappings during the time they were working for TÜBİTAK.

The suspects' testimonies revealed that 161 encrypted phones had been given to senior officials, including President Erdoğan, Prime Minister Davutoğlu, ministers, intelligence agency chief, foreign ministry officials on December 25, 2012 and had been used until June 26, 2014.

The indictment accused the suspects, former TÜBİTAK Vice President Hasan Palaz and TİB Vice President Osman Nihat Şen, of "carrying out illegal wiretapping activities", "forming an organization to commit a crime and being a member of this organization," "violating privacy," "illegally seizing personal information and passing this information to the Gülen movement".

The Gülen Movement, led by Fethullah Gülen, has over 140 private schools and charity organizations around the world including the U.S., Europe, Asia and Africa. It has been accused of infiltrating state institutions to gain control of state mechanisms, illegal wiretapping, forging official documents and spying.
Last Update: May 12, 2015 10:47 am
RELATED TOPICS