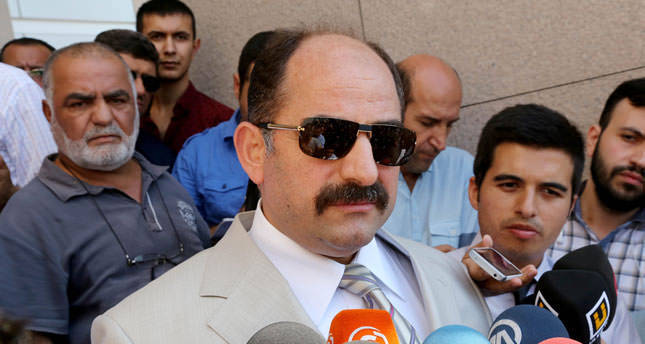 The Supreme Board of Judges and Prosecutors decided on Tuesday to disbar four Gülenist prosecutors and a judge for exploiting their positions in the Dec. 17 and Dec. 25 operations, which were allegedly conducted to topple the government

The Supreme Board of Judges and Prosecutors (HSYK) decided on Tuesday to dismiss the allegedly Gülen Movement-linked prosecutors and a judge who are accused of wrongful conduct in the Dec. 17 and Dec. 25 operations. The Gülen Movement is recognized as a threat by the National Security Council (MGK).

The five judicial officials disbarred by the HSYK will also have no right to practice law. Prosecutors Zekeriya Öz, Celal Kara, Muammer Akkaş and Mehmet Yüzgeç and Judge Süleyman Karaçöl, who had already been suspended from duty following the decision of the body on the grounds of exploiting duty, are likely to stand trial once the Istanbul court assesses the indictments it received from the HSYK containing the charges against the suspects. The decision for dismissal was reportedly based on the 69th article of the HSYK law, which suggests the punishment of dismissal be given to those who act in a manner that blights the reputation and honor of the profession and that the offense does not necessarily have to constitute a crime. Indictments were prepared for four prosecutors and a judge as part of an investigation by the HSYK.

Indictments were prepared for four prosecutors and judges as part of an investigation by the HSYK. The top judicial board submitted the indictments to the Bakırköy 16th High Criminal Court in late April and the court, accepting them, sent notices to Kara, Karaçöl and Akkaş, who are accused of neglect of duty, to present their pleas and any proof of innocence they may have.

The bills of indictment, which were prepared by the 2nd Chamber of the HSYK, accuse Karaof abusing authority by requesting the court confiscate the assets of suspects without obtaining proper evidence and specifying that there was reasonable doubt about the suspects obtaining these assets through criminal means.

It was reported that Kara was the prosecutor handling the Dec. 17 investigation while Akkaş handled the Dec. 25 case and Karaçöl was the judge of the same case. Separate indictments were also prepared for Akkaş and Karaçöl, claiming that they leaked confidential information that even the Istanbul Police Department did not have about the Dec. 25 investigation to the media, violating privacy.

Earlier in December, the HSYK decided to suspend Akkaş, Kara and Öz. The 2nd Chamber of the HSYK said the prosecutors were suspended because their actions may "damage the influence and reputation" of the judiciary. It is alleged that prosecutors affiliated with the Gülen Movement manipulated the Ergenekon coup attempt case, in which Öz was a leading prosecutor.

The HSYK report said Öz threatened police officers on Dec.18, a day after he initiated the operation that has been claimed to be a major part of the Gülen Movement's alleged attempt to overthrow the government. It was also claimed that Öz tried to influence some of the staff of the Fatih Municipality. The report added that he was involved in a scandal for taking an extravagant vacation to Dubai that was financially supported by businessman Ali Ağaoğlu. He is accused of receiving $20,259 for the vacation. Öz also faced a lawsuit for insulting and threatening then-Prime Minister Recep Tayyip Erdoğan on social media.

As for Kara, the report said he failed to provide the right of defense to those who were detained as part of the Dec. 17 operation. It also mentions that the 3,419-page summary proceeding was not examined.

The HSYK investigators' report stresses that Akkaş carried out numerous irregularities that led to the detention of many people. Suspects were detained while no evidence was found in 22 files for which Akkaş gave detention requests without examining the bags of sealed documents. He is accused of preparing a quickly written indictment before conducting an examination based on evidence. Other than wiretapped recordings, the authenticity of which has not been confirmed, Akkaş was not able to provide solid evidence. The report also says no documents or files were found on the transactions and contracts that were related to alleged corruption.

Yüzgeç, who brought three different investigations together to run a single operation, is accused of conducting various irregularities in the Dec. 17 coup attempt. The report also says Yüzgeç detained and froze assets of suspects without any solid evidence. It also says he conducted searches and detentions without informing Istanbul Chief Prosecutor Turan Çolakkadı.

Gülenist control over Turkey's judiciary became a thing of the past after concerned judges and prosecutors voted against the candidates allegedly affiliated with the Gülen Movement during the HSYK elections in October leading to the elimination of the movement's power in the body. The results were welcomed by President Recep Tayyip Erdoğan who said the election has proven that justice has won in Turkey.