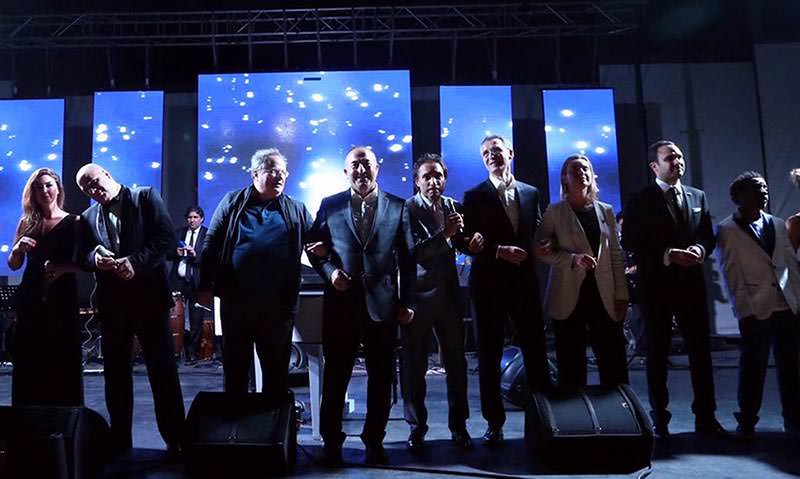 | DHA Photo
by Associated Press May 14, 2015 12:00 am
In a distinctly different note for a military alliance meeting, European officials ended a NATO meeting with a spirited rendition of "We Are The World."

Taking a break from issues such as the war in Ukraine and instability in the Middle East, NATO and other officials accepted an invitation by a Turkish band to sing a "last song for peace" at a dinner Wednesday hosted by Turkey as the alliance's foreign ministers met near the Mediterranean city of Antalya.

The foreign ministers of Greece and Turkey Mevlut Cavusoglu and Nikos Kotzias were seen singing and swaying arm-in-arm to the tune of the 1985 charity song. NATO Secretary-General Jens Stoltenberg, EU Foreign Policy chief Federica Mogherini and others also joined in the sing-along.