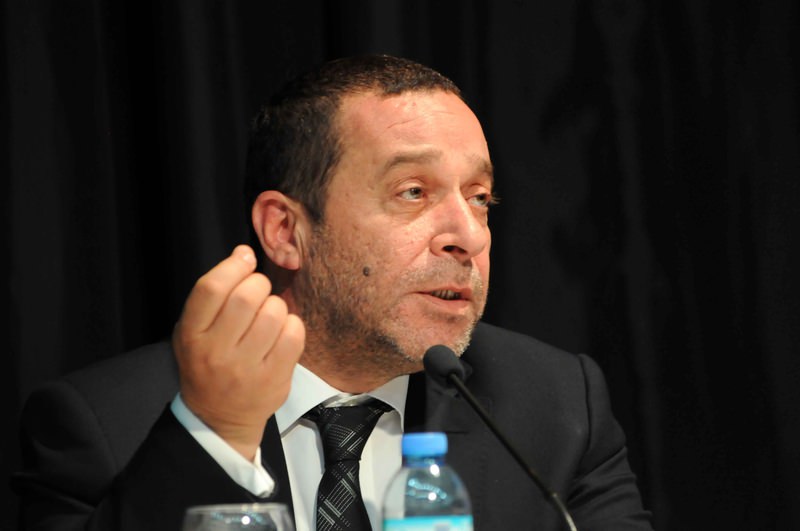 by Anadolu Agency May 14, 2015 12:00 am
Turkish Republic of Northern Cyprus Deputy Prime Minister Serdar Denktaş has resigned from the recently-formed cabinet because of alleged hindrances created in the performance of his official duties.

Addressing a press conference Thursday, Denktaş said that he had handed over his resignation to Northern Cyprus' newly-elected President Mustafa Akıncı.

Denktaş also held the portfolio of minister of economy, tourism, culture and sports. He is the son of Rauf Denktaş, the founding president of the republic.

Referring to the new administration and the cabinet, he complained that whenever he tried to take action to fulfill his election promises, the new government created difficulties for him.

"My position in the cabinet is not meaningful anymore," he said.

He alleged that the new government could not meet the people's fundamental demands.

The republic's new premier is expected to appoint a new deputy to replace Denktaş.

Having won the runoff presidential election on April 26, and garnering 60.38 percent of the ballots, Akıncı had replaced former premier Derviş Eroğlu, who received 39.62 percent of the votes.

Peace negotiations over Cyprus between the Turkish Cypriot and Greek Cypriot administrations are set to resume on May 15, the UN's Special Advisor Espen Barth Eide said Sunday.

Peace talks were unilaterally suspended by the Greek Cypriot administration last October after Turkey issued an advisory on behalf of the Turkish Republic of Northern Cyprus for seismic research off the coast of Cyprus.

The island was divided into a Turkish Cypriot government in the northern third and a Greek Cypriot administration in the southern two-thirds after a 1974 military coup by Greece was followed by the intervention of Turkey as a guarantor state in Cyprus.
Last Update: May 15, 2015 11:01 am
RELATED TOPICS