May 19 spirit is our greatest wealth and fortune, says President Erdoğan 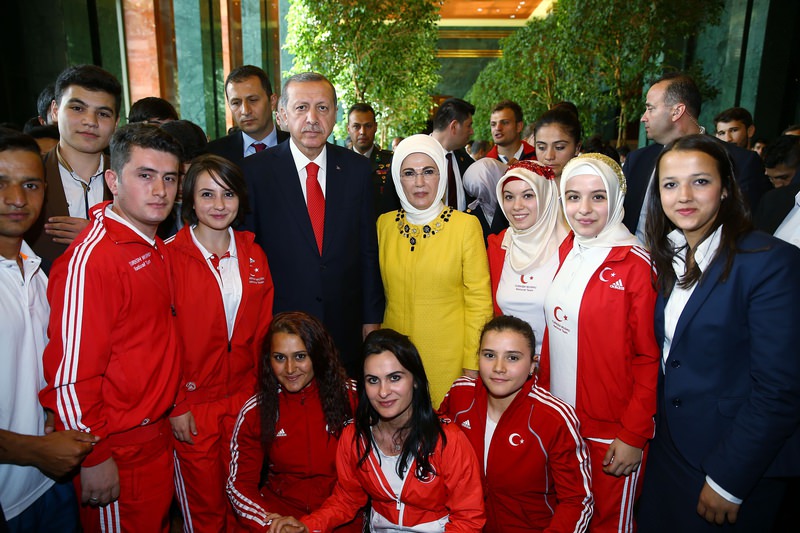 Speaking on Commemoration of Atatürk, Youth and Sports Day, Erdoğan told a gathering of youngsters that "the first brick was put down this day in the construction of Turkey, where we live now in safety."

May 19, 1919, was the day Mustafa Kemal, later to become Mustafa Kemal Atatürk, arrived in the Black Sea province of Samsun from Istanbul to organize the War of Independence that saw the remnants of the Ottoman Empire transformed into modern Turkey four years later.

"May 19 spirit is our greatest wealth and fortune," Erdoğan said. "The meaning of walking together, standing against difficulties and struggling with determination and faith is implicit in this spirit."

The president said the nation announced its success by declaring the republic on October 29, 1923.

"Your self-confidence and ambition are the guarantee of this country," Erdoğan added.