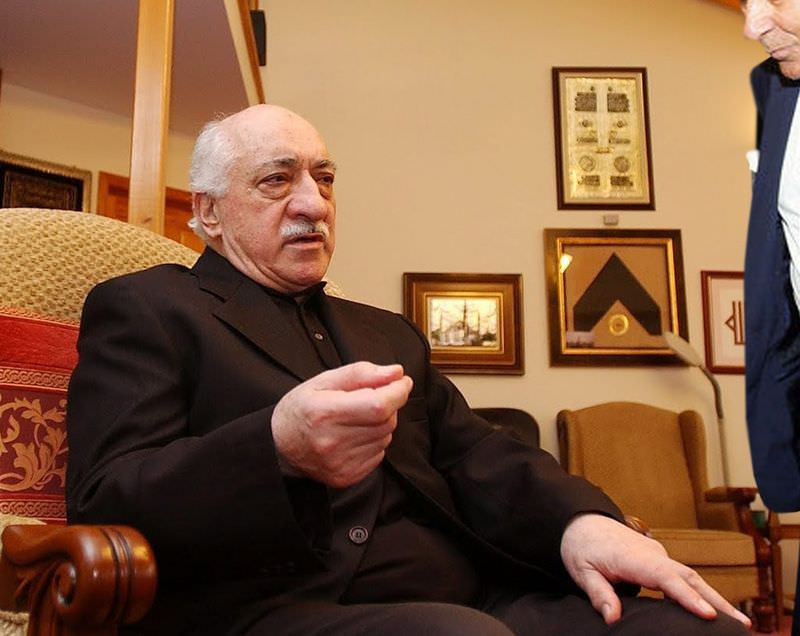 Some world leaders have shown sensitivity toward the government’s problem with the Gülen Movement, which it considers a national threat to the country, shutting Gülen schools operating in their countries to contribute to Turkey’s fight against the movement’s alleged illegal activities

President Recep Tayyip Erdoğan, who has listed the alleged offenses of the Gülen Movement, which operates dozens of schools around the world, to leaders during visits abroad, has managed to convince Azerbaijan, Gabon and Senegal to discontinue the schools run by the movement. Kosovo, Congo, Kazakhstan, Somalia, Japan and Tajikistan have also launched processes to end the operation of the Gülen schools, citing their alleged "shadowy" purpose.

During his visits abroad, Erdoğan has drawn attention to the alleged illegal activities carried out by the Gülen Movement, which range from conducting unlawful wiretapping to infiltrating key government institutions in an apparent attempt to oust the elected government and asked his counterparts to show sensitivity toward the issue. He has been telling foreign leaders that the movement aims to topple Turkish government and that Turkey no longer approves of its existence. He claimed that the movement is conducting outlawed activities under the guise of providing education abroad.

Azerbaijan, a close ally of Turkey, shut down schools the movement operates in the country shortly after Erdoğan visited, as did Gabon and Senegal. In January, Tajikistan announced that it will not extend the agreement it made with the Gülen Movement over permission to operate schools in the country. Kosovo, Congo, Kazakhstan, Japan and Somalia have launched processes to close the movement's schools.

Erdoğan called on African leaders to close down schools affiliated with the Gülen Movement in late January and pledged to open new schools to replace them while speaking at a joint press conference with Ethiopian Prime Minister Hailemariam Desalegn. In early February Erdoğan also said that Malian President Ibrahim Boubacar Keita pledged to take precautions in his country against the Gülen Movement's activities.

Indicating that Turkey will continue to fight elements of the Gülen Movement, Erdoğan said that he encourages African leaders to close down schools operated by the Movement and open new schools established by the National Education Ministry. He said that the ministry is carrying out work in this respect and will work in cooperation with a nongovernmental organization, the Foreign Economic Relations Board (DEİK), which is affiliated with the Economy Ministry.

The irregularities and offenses that the movement is allegedly involved in began unsettling countries around the world where there are numerous schools owned by the movement. It has become a matter of unease among some officials of countries that permit the movement to operate its schools in their countries. The group's alleged purpose of expanding its area of influence to serve its own benefit has gradually been accepted as a result of top Turkish officials' ongoing struggle with the "parallel structure," a term used by the government for members of the Gülen Movement in key government institutions.

The Federal Bureau of Investigation in June raided 19 charter schools affiliated with the Gülen Movement in Ohio, Indiana and Illinois for reasons allegedly related to crimes linked to education tenders.

Two charter schools affiliated with the Gülen Movement in Los Angeles were ordered to be shut down while four schools in the Turkish city of Bolu were closed by municipal authorities, according to the reports in July.

Magnolia Charter Schools 6 and 7 were denied a renewal of their four-year contract with the LA School District Charter School Division following an internal fiscal audit report by the district's inspector general, which may lead around 450 students to attend a different school in fall. According to the LA School Report, district officials refused to comment on how the schools have failed to meet the district's guidelines but it was stated that none of the schools were able to maintain 5 percent in cash reserves as a rainy day fund recommended by the district.

As the result of loss of trust for the schools of both the Turkish society and international circles, there has been a sharp drop in the number of students attending the schools across Turkey's 81 provinces with many families transferring their children to other private and public schools. Then-Prime Minister Recep Tayyip Erdoğan had called on families to stop enrolling their children in Gülen schools following the surfacing of a string of scandals involving the movement.

The movement, led by Fethullah Gülen, has over 140 private schools and charitable organizations around the world, including the U.S., Europe, Asia and Africa. The published purpose of the movement, which claims to be instilling a mindset that embraces all beliefs by empowering education, is considered to be a veil that conceals its real purpose, allegedly to take over the Turkish state.

In early February, the government said that it had agreed to transform Gülen schools abroad into civil foundations that operate on donations with partial financial support from the Turkish state.

"We must be open and transparent as a government, and we are dwelling on the means to do it in line with the principles of a state of law," Deputy Prime Minister Bülent Arınç said, elaborating on the plan.

Educators have expressed positive views on the plan, preparations for which kicked off last year. The structure of the schools will be nongovernmental, and thus structured as an "agency" that will be formed by the joint efforts of nongovernmental organizations on a voluntary basis. The agency will both be able to receive and give donations and support projects. It will run the schools that will be opened primarily in close proximity to Gülen schools.