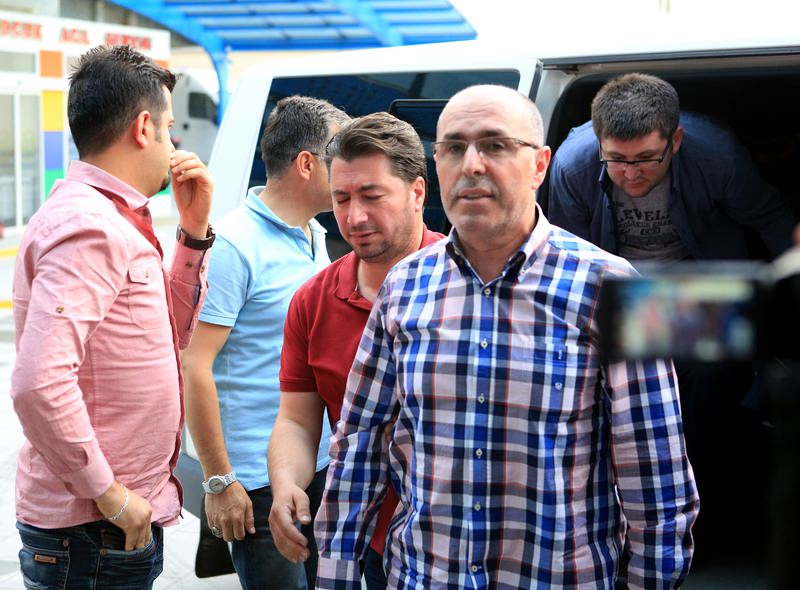 by Daily Sabah May 22, 2015 12:00 am
Five suspects allegedly affiliated with the Gülen Movement, which has been accused of infiltrating key state institutions in an apparent attempt to topple the government, have been arrested as part of an investigation launched by the Konya Chief Public Prosecutor's Office.

A simultaneous operation was launched in 19 provinces after detention warrants were issued for 66 suspects for "violating confidentiality of communication" and "exploiting duty." Twenty-five suspects who were detained in the operation were released after their statements were taken and 18 were referred to court. Five suspects, including former police chief Anadolu Atayün, who was removed from his post, were arrested. Twenty-three other suspects with detention warrants for them from the prosecutor's office are currently at large, reports say.

Most of the detainees are allegedly businessmen facing charges of engaging in irregularities. The suspects are accused of organizing the financial structure of the Gülen Movement in Konya and that they illegally collect money under the guise of charity and obtained a site unlawfully for a university allegedly affiliated with Gülen Movement.

Atayün, currently under arrest, is the brother of Yurt Atayün, also a former chief of the counter-terrorism unit who was arrested in another operation into the "parallel structure."

The "parallel structure," what the government calls the Gülen Movement, is an alleged group of Turkish bureaucrats and senior officials embedded in the country's institutions, including the judiciary and police, who allegedly want to infiltrate all key public institutions.

The government alleges that U.S.-based imam Fetullah Gülen runs the clandestine network and that the Gülen Movement is responsible for masterminding a plot to overthrow the elected government.

The government wants Gülen to be extradited from the U.S., where he has lived since 1999. An Istanbul criminal court had issued an arrest warrant for him as part of a probe into the "parallel structure."

The movement has been listed as a threat to national security in the country's National Security document called the Red Book.

The Gülen Movement has charter schools and organizations in hundreds of countries around the world. The movement is currently accused of attempting to infiltrate state institutions, including the police and judiciary, as well as unlawfully wiretapping thousands of journalists, politicians, top secret state meetings and encrypted phones belonging to government officials.