President Erdoğan: Turkey will not make concessions regarding Cyprus 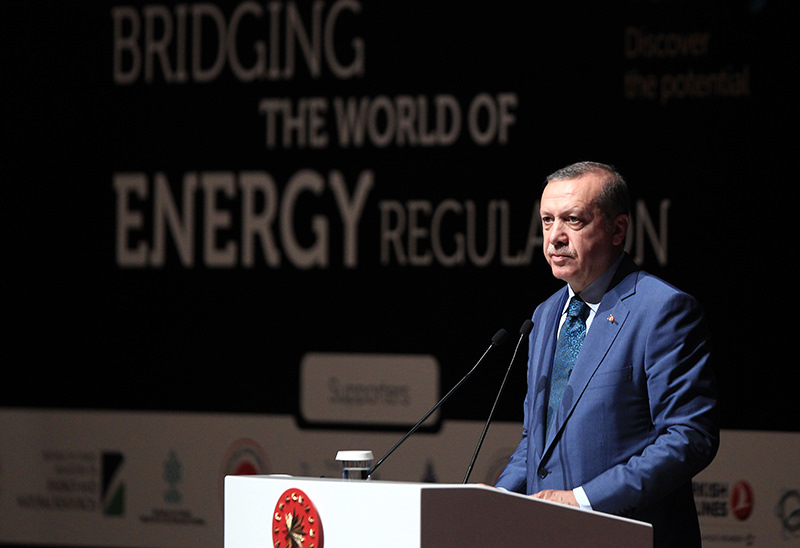 | AA Photo
by Anadolu Agency May 25, 2015 12:00 am
Turkish President Recep Tayyip Erdoğan has said that no concessions will be made on Turkey's policy concerning Turkish Cypriots.

Addressing the Sixth World Forum on Energy Regulation in Istanbul Monday, Erdoğan said: "It is not possible for us to make any concessions on our policy regarding the Turkish Republic of Northern Cyprus and the island's energy resources."

Erdoğan also said that Turkey was a key country for utilizing and delivering the resources off the island, which he added belonged to each resident.

Political tensions in the long-divided island have eased since full-fledged talks resumed on May 15 and Mustafa Akıncı was elected the new Turkish Cypriot president last month.

Akıncı and Greek Cypriot leader Nicos Anastasiades met for an unprecedented tour in Nicosia's historical site on May 23 and will reconvene on May 28.

The Greek Cypriot administration had unilaterally suspended the talks last October after Turkey issued an advisory on behalf of the Turkish Republic of Northern Cyprus for seismic research off the coast of Cyprus.

The island was divided into a Turkish Cypriot government in the northern third and a Greek Cypriot administration in the southern two-thirds after a 1974 military coup by Greece was followed by the peace operation of Turkey as a guarantor state in Cyprus.