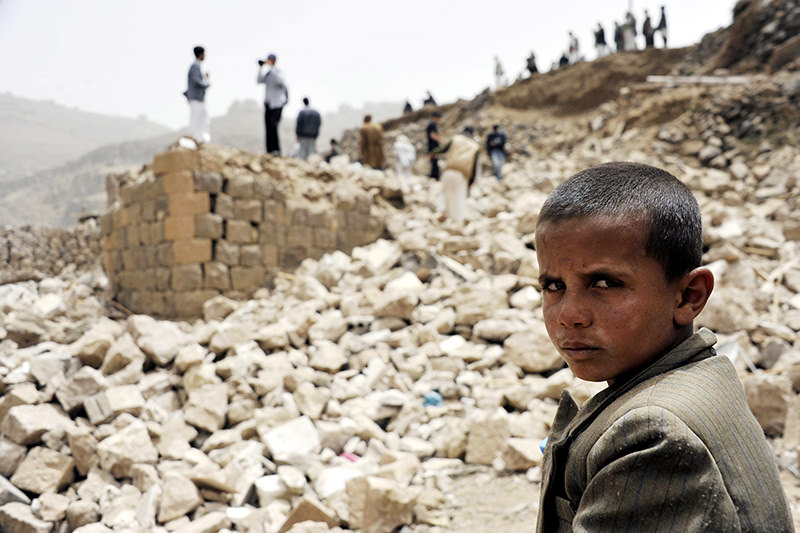 | AA Photo
by Anadolu Agency May 27, 2015 12:00 am
Turkish authorities said Wednesday they are planning to send humanitarian aid to Yemeni people in need.

The Turkish Foreign Ministry said it has already distributed "humanitarian aid, mainly food, to Yemeni refugees in Djibouti during the past week." In a statement, the ministry said an additional "four tons of medicines were shipped yesterday (Tuesday) with a Turkish Airlines plane to Djibouti."

The statement added that Turkey is planning to send humanitarian aid from Djibouti to Yemen by sea in the coming days, despite "the conflict in the country." The ministry also said that Turkey desires that legitimate state authority be established as soon as possible in Yemen.

Fractious Yemen has remained in turmoil since last September, when the Houthis overran the capital Sanaa, from which they have sought to extend their influence to other parts of the country.

The Houthis, however, denounce the offensive as unwarranted "Saudi-American aggression" against Yemen.