Jewish community in Turkey denies anti-Semitism accusations against the country 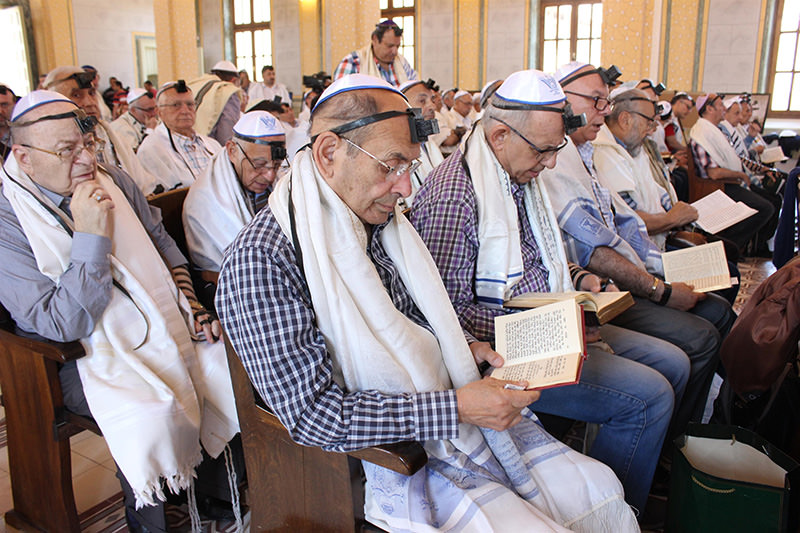 Turkey's Jewish community flocked to the renovated Edirne Synagogue following a four-year restoration funded by the government (u0130HA Photo)
by Fatih Şemsettin Işık
May 31, 2015 12:00 am
Turkey's Jewish community rejected allegations in a New York Times article saying that the Turkish state promotes anti-Semitism in the country with many Jews deciding to go to Spain where a law of return is presently being legislated.

In the statement, the community, as the representative of Turkish Jews, also pointed to a speech by İshak İbrahimzadeh, the head of Turkey's Jewish community, at the opening ceremony of the Great Edirne Synagogue, which was re-opened on March 26. In the speech İbrahimzadeh declared his gratitude to President Recep Tayyip Erdoğan for "creating a change" in minority rights in Turkey.

Turkish Jews are legally represented by the chief rabbi, or "hahambaşı," who has been elected since 1961. In 2001, the Jewish Museum of Turkey was founded by the Quincentennial Foundation (500.Yıl Vakfı), an organization established in 1982 consisting of 113 Turkish citizens, both Jewish and Muslim, to commemorate the 500th anniversary of the arrival of Sephardic Jews in the Ottoman Empire.

Having migrated to the Ottoman Empire in 1492 by allowance of Sultan Bayezid II, and since they still have been living in Turkey, the present size of the Jewish community is estimated at around 20,000, the majority of which live in Istanbul, with a community of about 18,000. There are also Jewish populations in İzmir, Adana, Bursa, Çanakkale and other parts of the country.
Last Update: May 31, 2015 1:50 pm