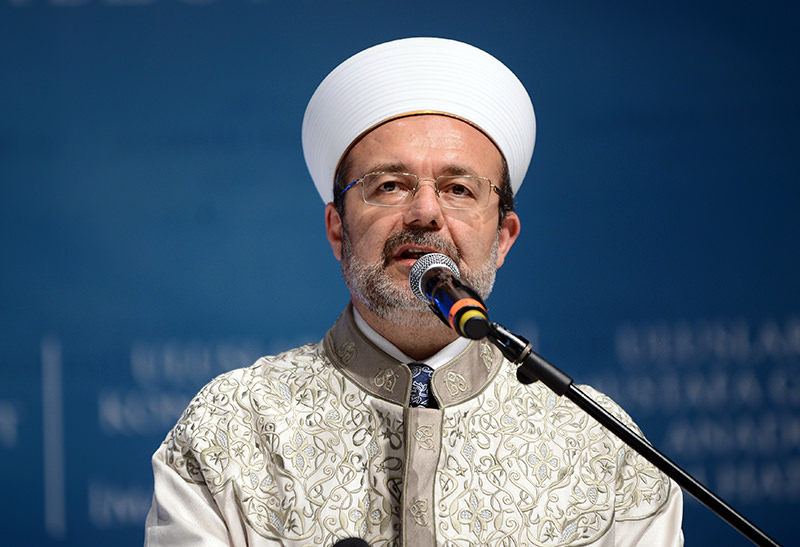 | AA Photo
by Anadolu Agency Jun 02, 2015 12:00 am
The world has "kept silent" over seized properties belonging to the Turkish minority in northeastern Greece, Turkey's head of Religious Affairs Directorate has said.

Mehmet Görmez, Turkey's head of religious affairs, was speaking during a visit to the Western Thrace region of Greece late on Monday.

"Turkey has returned minorities' properties. We expected a reciprocal move from the modern world. Yet, the modern world has said nothing on handing back those properties to their owners," Görmez told religious figures in Komotini (Gümülcine in Turkish).

In 2011, the Turkish government issued a decree to hand back all seized properties belonging to religious minority foundations in Turkey. This decree has allowed foundations to recover properties that they had forfeited back in 1936.

Turkey's Foreign Ministry says the Greek government has not allowed Muslim foundations to elect their operating boards since 1967 and has levied huge taxes on those foundations' properties, effectively blocking Turkish minority from using them as they please.

The community of Western Thrace Turks is estimated to have between 60,000 and 150,000 members. They are a remnant of the Muslim Turkish population once spread across the former Ottoman Empire.

Görmez paid a visit to observe the Shab-e-Barat, a sacred night for Muslim community. After meeting with religious figures in Komotini, he visited a mosque in nearby Xanthi (Iskeçe in Turkish).

He called on the Turkish minority there to preserve their Muslim identity. "History tells us that whoever forgets their religion and beliefs also forgets their language, which leads to a loss of culture, history and identity," Görmez said told community leaders in the mosque.

The Greek government classifies its Turkish population as 'Greek Muslims'. The Greek authorities prohibit the use of the word "Turkish" in organization names and several minority groups have been closed down for making use of the term.