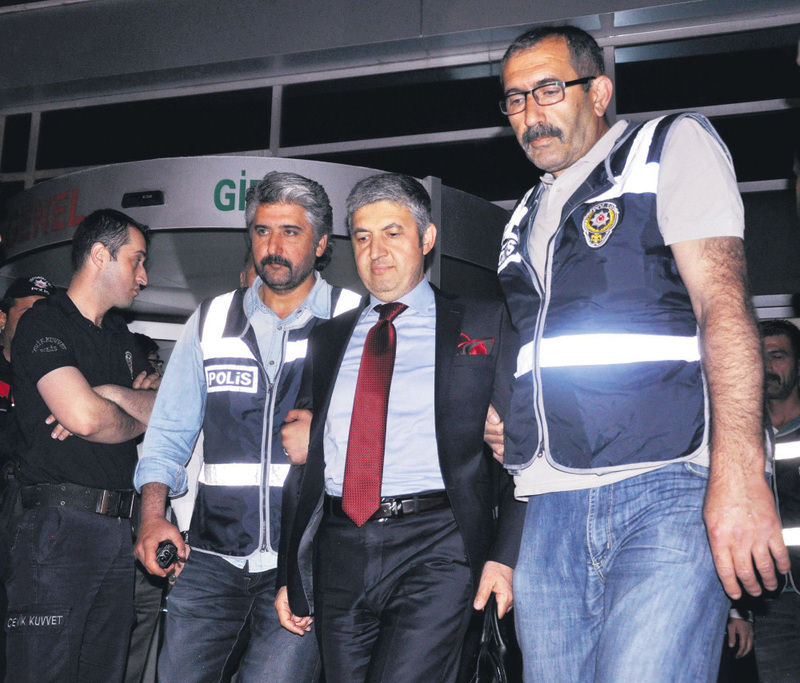 by Daily Sabah Jun 04, 2015 12:00 am
The Supreme Board of Judges and Prosecutors (HSYK) on Thursday gave the green light for the criminal investigation of five prosecutors in connection with the search of Syria-bound trucks belonging to Turkey's National Intelligence Organization (MİT) in January 2014. The trucks were stopped after local prosecutors ordered the paramilitary gendarmerie to search the trucks for arms in the southern Adana and Hatay provinces despite a national security law forbidding such searches. Three gendarmerie commanders also face prosecution as part of the same case.

At the time, the Interior Ministry denied the trucks had been carrying weaponry and said they were taking humanitarian aid to the Turkmen community in Syria. Mehmet Yılmaz, the head of the board's second department, said the cases would be passed to prosecutors in the southern provinces to prepare an indictment in the next week.

"When condoning illicit and illegal acts, we all have seen what happened in the recent past, like Ergenekon, Sledgehammer and espionage cases," Yılmaz said, referring to alleged attempts to overthrow the current government.

The prosecutors would be tried at Ankara's Court of Cassation in the event of a prosecution, Yılmaz added.

Last January, trucks belonging to MİT and carrying aid to Turkmens were stopped and intercepted by security forces on the order of former Adana Public Prosecutor Özcan Şişman. The supplies in the trucks were seized, and MİT staffers were handcuffed before they were detained, which prompted the government to reform its intelligence laws in efforts to avoid such situations in the future. The governor of the province was informed about the incident in its latest phase, and many believed the operation was aimed at creating a political crisis via joint efforts by Gülenists and anti-government media outlets that made the incident public, despite its highly confidential status.

As a result of work conducted by the Istanbul counter-terrorism unit of the police department, members of the army, who are reported to be predominantly commissioned officers, were detained in the provinces where they were on duty in the operation that kicked off in early April.
Last Update: Jun 04, 2015 11:04 pm
RELATED TOPICS