Turkish Cypriot leader: All sides should come together to resolve Cyprus issue 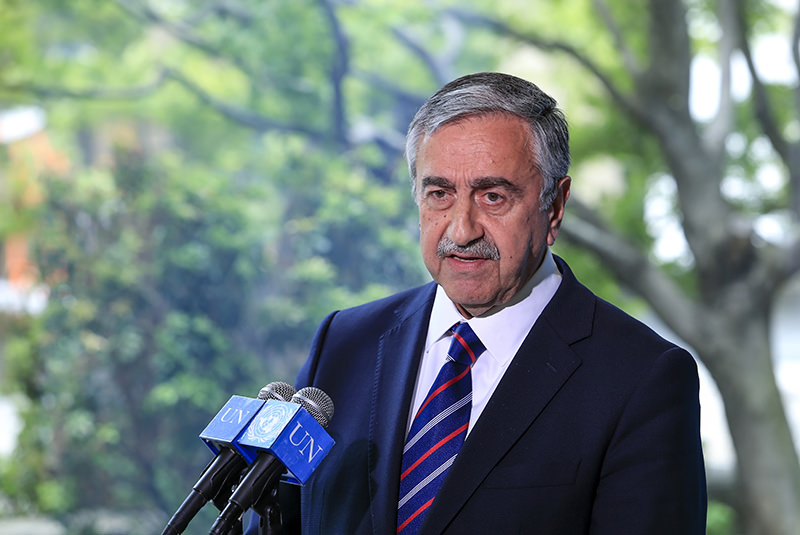 | AA Photo
by Anadolu Agency Jun 05, 2015 12:00 am
All parties to the Cyprus conflict should come together for a "line dance" to capitalize on the momentum toward a permanent solution, Turkish Cypriot President Mustafa Akıncı said Thursday.

Akıncı met with UN Secretary-General Ban Ki-moon in New York on Thursday for the first time since his election in April.

Speaking to reporters following the meeting, Akıncı said there is a positive atmosphere on the divided island, where peace talks between Turkish Cypriots in the north and Greek Cypriots in the south restarted last month.

"I'm very much convinced that with this mood and with the commitment of my people for a lasting and viable solution ... we will be achieving a mutually acceptable solution within months rather than years," he said.

Akıncı said a typical metaphor used on the island in the past when one side placed blame on the other was to call it a "tango"-a style of dance that requires a partner.

"Whenever one side or the other, depending on the circumstances, wanted to put all the blame to the other side, that side used the metaphor of tango: 'You need two to solve the Cyprus problem, you need two to tango.' ... But what I'm saying nowadays is something completely different. I'm saying that we need a line dance. In Turkish, it is halay; in Greek, it is sirtaki", he said.

The involvement of grassroots organizations, civil society, as well as of international actors such as UN, EU and guarantor powers, are needed although Turkish and Greek Cypriot communities will always remain the protagonists of the issue, he said.

Regarding the potential effects of the results of upcoming Sunday's general election in Turkey, Akıncı said he believed the new government would be committed to the negotiation process and make a positive contribution.

"What is needed actually is to see that Greece also recovers from what they are facing nowadays as soon as possible so that it can also put its positive input to the process like Turkey", he said referring to the Greek economic crisis.

Meanwhile, the UN chief welcomed "the positive atmosphere" surrounding the Cyprus talks and encouraged leaders from both sides to continue, according to a statement issued from his spokesperson's office.

"[Ban Ki-moon] also welcomed the leaders' agreement to work on a number of confidence building measures that would benefit both communities," the statement said, referring to an array of measures agreed to May 28 ranging from opening more crossing points, interconnecting the power grids, allowing mobile phone interoperability on both sides of the island and resolving radio frequency conflicts.

He also commended the decision by the leaders to establish a committee on gender equality in the framework of the talks, the statement added.

The island has been divided into a Turkish Cypriot administration in the northern third and a Greek Cypriot one in the southern two-thirds after a 1974 military coup by Greece was followed by the intervention of Turkey as a guarantor power in Cyprus.

Negotiations between the two sides to find a way to settle the decades-long conflict resumed May 15 after a pause last October.