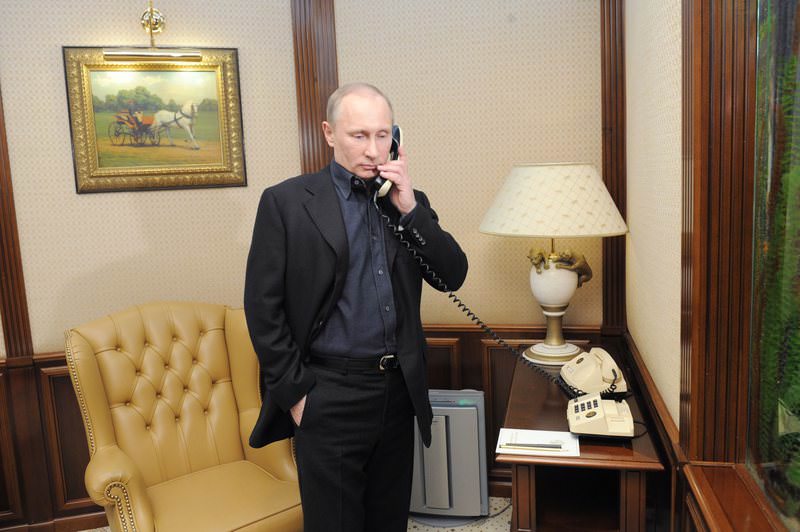 by Anadolu Agency Jun 08, 2015 12:00 am
Russian President Vladimir Putin was among the first to phone his Turkish counterpart Recep Tayyip Erdoğan in the wake of Sunday's general election.

According to a statement from Erdoğan's office, Putin telephoned Monday to pass on his personal best wishes on the results of the election.

Erdoğan and Putin agreed on to meet on June 13 in Azerbaijan's capital Baku, the statement added.

Separately, Azerbaijani President Ilham Aliyev spoke to Erdoğan and Prime Minister Ahmet Davutoğlu by telephone, according to a statement on Azerbaijan's presidency website.

Aliyev conveyed his wishes for Turkey's prosperity and peace to Erdoğan and congratulated Davutoğlu on winning the election. "I wholeheartedly congratulate you on the election victory," he was quoted as saying.

The Justice and Development (AK) Party, which Erdoğan led before becoming president, won the its fourth consecutive general election with 41 percent of the vote but could not secure a parliamentary majority.
Last Update: Jun 08, 2015 9:14 pm
RELATED TOPICS