AK Party rules out no options for Turkey's new government 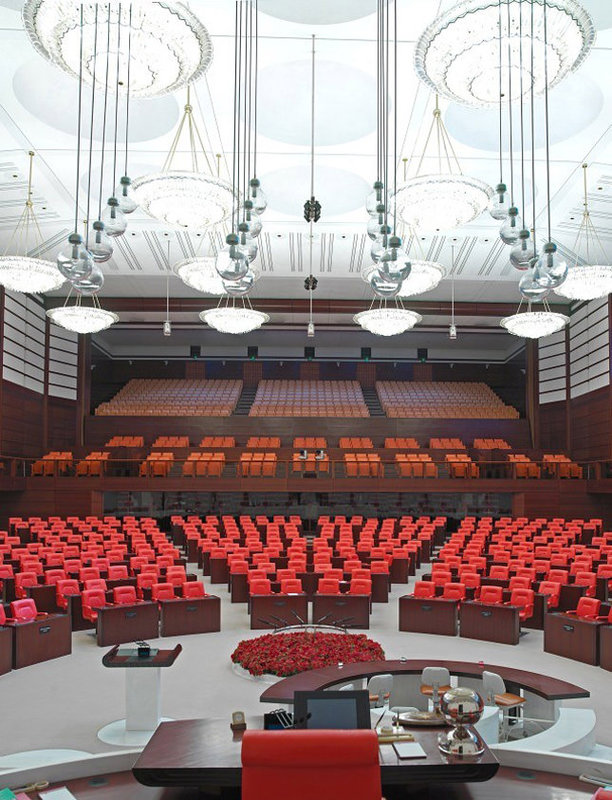 by Anadolu Agency Jun 09, 2015 12:00 am
The Justice and Development (AK) Party is keeping all options at the table over the shape of Turkey's new government, the party's deputy chairman has said. "We are not ruling out any options for now but reviewing [them] all," Yasin Aktay told journalists outside the AK Party headquarters in capital Ankara Tuesday.

In Sunday's general election, the AK Party received the highest number of seats and will be the first party asked to try to form an administration by the president. None of the four parties elected to the Grand National Assembly of Turkey could achieve the majority necessary to form a single-party government.

Aktay would not be drawn on which party was the likeliest coalition partner for the AK Party, simply highlighting that the post-election process was only beginning and there was no need to be pessimistic. "If this scene produces a coalition, the AK Party will certainly do its best to fulfill its responsibility not to leave the country without a government," he added.

Aktay spoke as he arrived for a meeting of the party's central executive board chaired by Prime Minister Ahmet Davutoglu. About the likelihood of a snap election, Aktay said that no such assessment had been made yet. He emphasized that the party would work to devise a formula to find a way out of this process "without sustaining any harm to Turkey's stability and its people". He called on all political parties to bear the same responsibility and take a similar stance in the post-election process.

Turkey's AK Party won its fourth consecutive general election, securing the largest number of votes -- 41 percent -- to claim 258 seats in the Grand National Assembly of Turkey, 18 short of a simple majority, according to the unofficial results.

The pro-Kurdish Peoples' Democratic Party (HDP) passed the 10 percent threshold with 13.12 percent of the vote to take 80 seats -- this will be the first time it will enter the parliament as a party.

The Republican People's Party (CHP) claimed 132 seats with 24.96 percent while the Nationalist Movement Party (MHP) won 80 MPs in the Grand National Assembly of Turkey by receiving 16.29 percent of the vote.

The turnout was 86.63 percent. Although the initial count has been completed, the figures need to be verified by the Supreme Election Council, which is due to be completed by June 19.

Once the final results are announced, the deputies of the 25th Grand National Assembly of Turkey must be sworn in within five days. The constitutional deadline to form a new government will run out around August 18.
Last Update: Jun 10, 2015 3:37 pm
RELATED TOPICS