AK Party ready to sacrifice for future of country and people 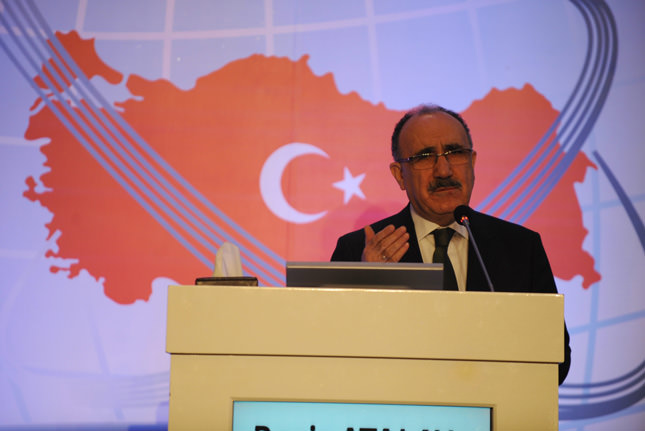 by Anadolu Agency Jun 10, 2015 12:00 am
A senior member of the Justice and Development (AK) Party on Wednesday said it would be "impossible to contemplate" Turkish politics without the party. Deputy Chairman Besir Atalay spoke after a six-and-a-half hour meeting of the party's central executive committee.

"The polls results also indicate this -- it is impossible to contemplate politics in Turkey where the AK Party is excluded from the equation," he said at a press conference at the party's headquarters in Ankara.

The AK Party, led by Prime Minister Ahmet Davutoglu, has been in power since 2002.

Following Sunday's general election, which saw the AK Party gain 41 percent of the vote but none of the four parties elected to parliament secure a simple majority, Davutoglu has been holding meetings with senior figures to work out the next steps in forming a government.

As the party that gained the most seats in Turkey's Grand National Assembly, the AK Party will be the first to be offered the chance to form a government.

"We are taking heed of this process as we are aware of our responsibility as Turkey's biggest party," he told reporters. The future of Turkey was foremost in their considerations, Atalay added. "We will make every sacrifice when it comes to the future of our country and people," he said.

Asked about talks with potential coalition partners, he said there was no official contact yet, adding: "We are only conducting our own consultations after the elections."

Turkey has until Aug. 18 to form a new government. If parties can't agree on a government, the country might face a snap election.
Last Update: Jun 10, 2015 9:57 pm
RELATED TOPICS