AK Party will look to form coalition first and foremost, then weigh the other options 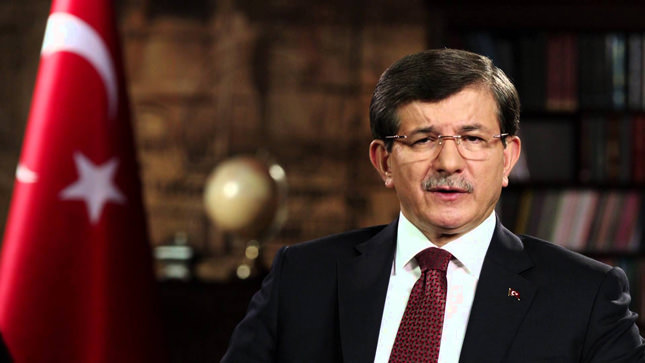 by Daily Sabah with AA Jun 10, 2015 12:00 am
In a nationally televised interview on state-run TRT 1 on Wednesday, Prime Minister Ahmet Davutoğlu made it clear that the Justice and Development Party (AK Party) will look to form a coalition government first and foremost and then weigh other options, saying that the party is open to negotiations with the other parties.

He said that the AK Party was the only party that received votes from every corner of Turkey and from every portion of society in the general elections held on Sunday. He made it clear that calling immediately for an early election is disputing the nation's choice and that they will first rule out every option before it is considered.

"I will sincerely meet with every opposition party. We have no red lines. We always said a coalition is not the best option, but if the people make such a choice, what falls on us is to do the best of it."

He added that President Recep Tayyip Erdoğan is not involved in coalition negotiations with opposition parties but that he would step in if a crisis emerged.

He also said that the co-chairs of the pro-Kurdish Peoples' Democratic Party (HDP) have to call on the PKK to lay down arms to prove their sincerity in the peace messages they delivered in the party's election campaign, adding that HDP voters should also pressure the party to do what falls on them to protect peace in the country.

He said that if the HDP still continues conducting politics through the PKK it would mean a return to security-oriented policies for Turkey.

He stressed that the AK Party respects the Turkish people's decision in the June 7 election, which produced no majority government.

"Our people opted for a coalition. We will not argue against it, but will try our best to do our part," he said.

The AK Party received 41 percent of the vote and the highest number of seats in the general elections, making it the first party to be asked by the president to form a government.

None of the four parties elected to Parliament could achieve the majority of 276 seats necessary to form a single-party government.

Davutoğlu said that the will of the nation is beyond argument, ruling out any resentment on the part of his AK Party toward the Turkish people for the decline in the party's votes compared to previous elections.

"What is right is whatever the people say. You can't have resentment toward the people or take offense," he said.

The AK Party won its fourth consecutive general election, securing the largest number of votes to claim 258 seats in Parliament, 18 short of a simple majority, according to the unofficial results.

The HDP passed the 10 percent election threshold with 13.12 percent of the vote to take 80 seats, marking the first time it will enter Parliament as a party.

Turnout was 86.63 percent. Although the initial count has been completed, the figures need to be verified by the Supreme Election Council, which is due to be completed by June 19.

Once the final results are announced, the deputies of the 25th Parliament must be sworn in within five days. The constitutional deadline to form a new government will run out around Aug. 18.