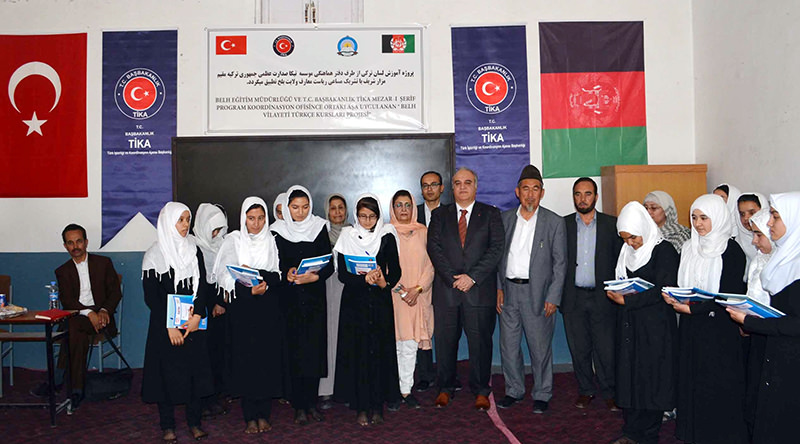 by Anadolu Agency Jun 10, 2015 12:00 am
The Turkish Cooperation and Coordination Agency (TİKA) has repaired a girls' school in the capital of Afghanistan, Kabul, it was announced Wednesday.

The agency, which is a government body under the Turkish Prime Ministry, also provided the school in Karabakh with materials to activate the school's computer, physics, chemistry and biology laboratories.

"TİKA repaired the building of the school and its sports arena, and established laboratories, which were previously unavailable," TİKA's coordinator in Kabul, Süleyman Şahin, said in his speech at the school's opening ceremony.

Şahin hoped that the students at the school would now get a better education.

An official from Karabakh education administration, Rohullan Davuzai, thanked the agency for its generous aid.

"The students before had a computer class, but had no computers," Davuzai said, adding that the students now would have a chance of doing their experiments in chemistry, physics and biology classes at the new laboratories.

About 1,800 students get education at the school.

Earlier, the Turkish agency repaired a health center in the same district and also supported the agricultural sector in the area.
Established in 1992, Turkey's government-run TIKA agency is responsible for implementing Turkey's developmental cooperation policies overseas.