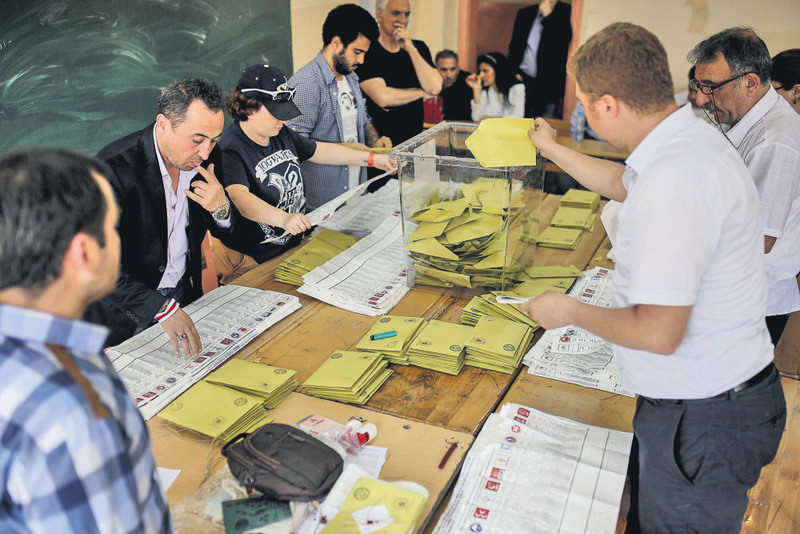 by Merve Aydoğan Jun 14, 2015 12:00 am
Half of the public prefer a coalition government between the ruling Justice and Development Party (AK Party) and the Nationalist Movement Party (MHP), according to the results of a recent survey by the respected Objective Research Center (ORC). The ORC survey, which was conducted in 30 metropolitan centers where 2,350 people were interviewed, also suggested that almost half of the public prefers that political leaders try their best to form a coalition government before calling snap elections, while the other half wants to have another go at the polls.

The results of the post-election survey further highlight that nearly 80 percent of AK Party voters and 74 percent of MHP voters prefer a snap election. Although a week has passed since the general elections, there is still no clear picture on how a coalition government will be formed. The AK Party reiterated several times that it is open to negotiations with all political parties.

The latest poll further indicates that only 25 percent of the participants believe that an AK Party and CHP coalition is possible. Furthermore, an Ipsos survey conducted last week also suggested 67 percent of AK Party voters, 55 percent of MHP voters, 21 percent of CHP voters and 11 percent of HDP voters thinks a coalition government should be formed between the AK Party and the MHP.
Last Update: Jun 14, 2015 10:03 pm
RELATED TOPICS