PKK's Karayılan criticizes HDP for being narrow-minded in coalition talks 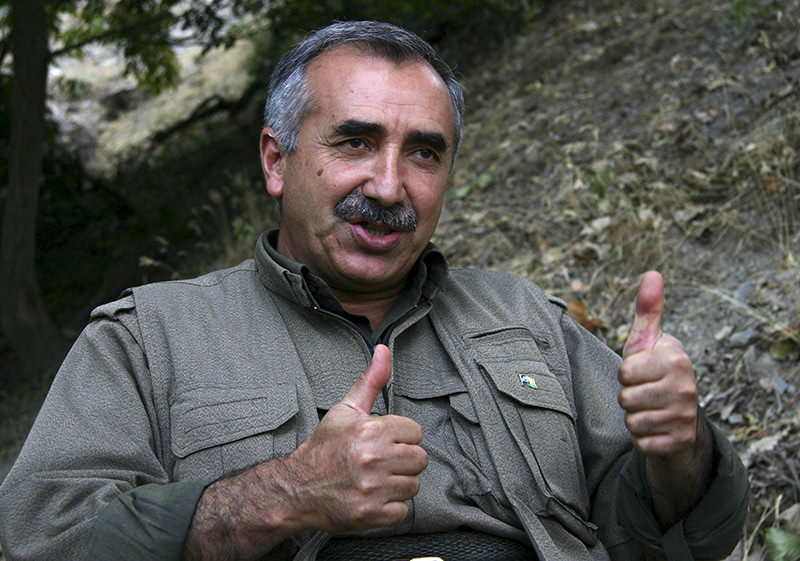 by Fatih Şemsettin Işık Jun 18, 2015 12:00 am
The PKK's second-in-command, Murat Karayılan, criticized Peoples' Democratic Party (HDP) Co-Chair Selahattin Demirtaş, saying that forming a coalition with the Justice and Development Party (AK Party) is not an option, and accused the HDP of being narrow-minded.

Speaking to Fırat News Agency on Wednesday, Karayılan evaluated the debates on coalition possibilities and criticized Demirtaş's statement in which he indicated that he does not regard a coalition with the AK Party to be possible.

"The HDP also has narrow-minded approaches in this [coalition] issue," he said, and added: "The HDP upheld its promise by passing the electoral threshold and now it should make attempts rewardingly." "For me, there is romanticism in the 'I do not make coalition with such people' kind of statements and attitudes in this matter. This is not politically true either. Instead of confining yourself to something, it is more important to talk based on principles," he said.

Karayılan also underlined that the HDP needs to be more inclusionary and said: "It is necessary for a party that has principles exhibit its principles rather than saying 'I will do this, I won't do that.' It would be more accurate to carry out politics within the framework of principles, because the role should be played within a framework of promises and that requires people to be inclusionary."

He also criticized the HDP's attitude in opposition due to them pretending that there is no Kurdish problem, and stressed the importance of a solution in the reconciliation process. "Our people, all our comrades in Turkey and all sections of society that sided with democracy and peace want to understand this. Does this state [Turkey] want to solve this problem and democratize Turkey or not? Because this is the main axis in forming coalitions. I've already indicated that the HDP has a narrow-minded approach in this sense," he said.
Last Update: Jun 18, 2015 6:34 pm
RELATED TOPICS