UN High Commissioner for Refugees thanks Turkey for welcoming Syrians 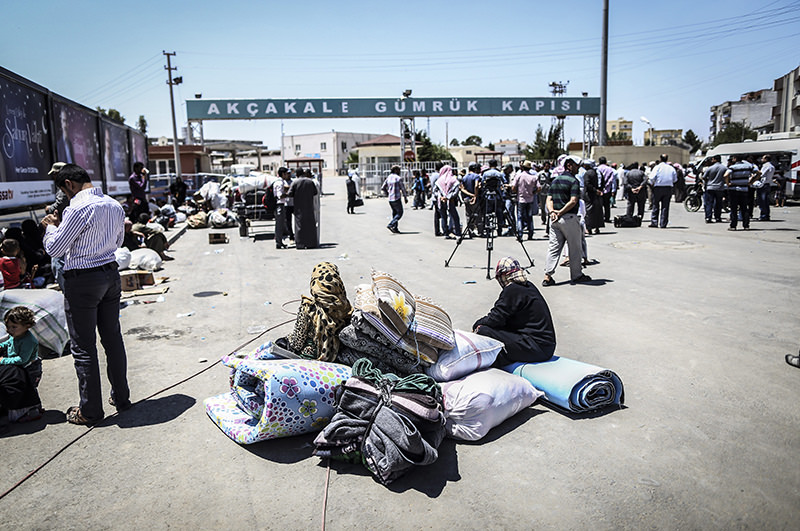 (AA Photo)
by Daily Sabah with AA Jun 19, 2015 12:00 am
UN High Commissioner for Refugees Antonio Guterres has thanked Turkey for its support and its open-door policy regarding Syrian refugees.

Turkey's foreign minister Mevlüt Çavuşoğlu has met Guterres on Friday, who is in Turkey for a five-day visit.

According to diplomatic sources, Guterres thanked Turkey for its support and its open-door policy regarding Syrian refugees.

Guterres also said his visit was important for drawing the attention of international public opinion to the refugee issue.

Sources said Çavuşoğlu gave the latest figures on Syrian refugees, who fled clashes in the city of Tal Abyad, to Guterres. Tal Abyad was the scene of fierce fighting between the self-proclaimed Islamic State of Iraq and al-Sham (ISIS) and Syrian-Kurdish fighters.

On Saturday, Guterres is expected to visit the temporary protection centers in Turkey's southeastern provinces of Mardin, Şanlıurfa and Gaziantep, where Syrian refugees have been staying.

Turkey shares a 900-kilometer border with Syria and has sheltered more than 1.7 million Syrians, according to the UN.

According to government figures, Turkey has spent more than $6 billion so far for refugees while the international community's help has amounted to $300 million.

Nearly 3,000 Syrian refugees, fleeing the battle between Kurdish fighters and ISIS in northern Syria , have started to cross into Turkey last Sunday.