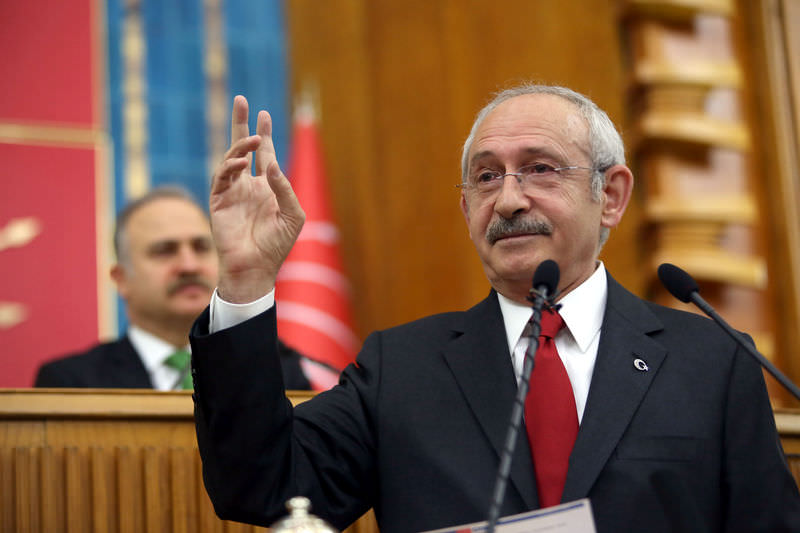 CHP chairman Kılıçdaroğlu, left with only one option after MHP leader Bahçeli narrowed down the alternatives for a government, hinted at a possible partnership with the AK Party on the condition that the two parties agree on the terms stipulated by the CHP

Republican People's Party (CHP) Chairman Kemal Kılıçdaroğlu has given a green light to the Justice and Development Party (AK Party) after the Nationalist Movement Party (MHP) dashed his hopes of a coalition government that excludes the AK Party. MHP Chairman Devlet Bahçeli said his party would not be part of a plan that involves the Peoples' Democratic Party (HDP), which they claim is controlled by the outlawed PKK. Kılıçdaroğlu even offered Bahçeli the job of prime minister to coax him into a partnership, a proposal Bahçeli rejected on the grounds his party does not pursue trivial ambitions and would not give up on its ideology in exchange for rank.

After these developments, the CHP, which received the second-highest number of votes in the June 7 parliamentary elections, has two options left on the table to assess: Either they become the main opposition to an AK Party-MHP coalition government or they will consider an alliance with the AK Party. Kılıçdaroğlu purportedly aims to try his hand with the AK Party as a last resort to be part of the coalition.

Responding to the likelihood of forming a coalition with the AK Party, Kılıçdaroğlu said on Sunday: "We don't know what [Ahmet] Davutoğlu thinks. We should listen to him and see what he thinks. In either condition, we retain our conditions. There are certain terms for a coalition between the CHP and the AK Party."
Kılıçdaroğlu outlined the CHP's position and the points necessary to form a coalition in a press conference last week. He said his party prefers a CHP-MHP-HDP coalition, which he named an opposition bloc. Although he refrained from taking a firm stance against siding with the AK Party, he has revealed his reluctance for such a partnership in almost all instances.

Kılıçdaroğlu revealed 14 conditions last week that varied from fighting against corruption to President Recep Tayyip Erdoğan remaining within the boundaries of his constitutional powers. He added a condition of an alternate Prime Ministry as well, as he stipulated the first run would be him. The stipulation of the Prime Ministry has been thought of as irrational by many, as the party has only preserved its proportion of votes compared to the previous 2011 elections. While the AK Party won just under 41 percent of the votes in the June 7 elections, the CHP received roughly 25 percent of the votes.

The slew of conditions by the CHP reveals its reluctance to form a partnership with the AK Party and so far they have not concealed that unwillingness. But as Kılıçdaroğlu is left with one chance to be part of the government, the possibility of leaning toward negotiating with the AK Party is becoming increasingly more likely.
Last Update: Jun 22, 2015 8:13 pm
RELATED TOPICS