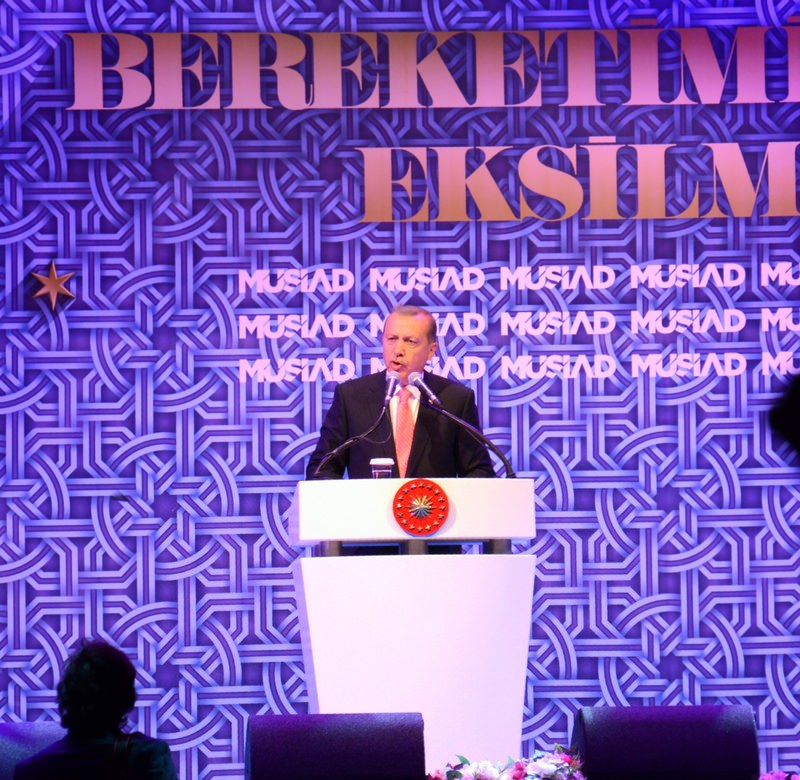 by Daily Sabah Jun 22, 2015 12:00 am
President Recep Tayyip Erdoğan on Sunday criticized Germany for siding with Egyptian President Abdel Fattah el-Sisi, who came to power in the July 2013 military coup, after the country ruled for the arrest of a senior Al Jazeera Arabic TV journalist upon the request of Egypt.

Erdoğan said an EU state, which failed to act when Ankara provided documents on thousands of outlawed PKK members who were freely operating in its borders, saw no harm in detaining a senior journalist from Al Jazeera.

Al-Jazeera journalist Ahmed Mansour, 52, a well-known journalist with the Qatar-based broadcaster's Arabic service, was detained at Berlin's Tegel airport on Saturday on an Egyptian arrest warrant, his lawyers said. Mansour, who holds dual Egyptian-British nationality, was trying to board a Qatar Airways flight to Doha, the station reported.

Martin Steltner, a spokesman for the Berlin prosecutor's office, said Sunday that Mansour would be taken to a prison in the city and that further decisions on his future will be made next week.

Al-Jazeera linked the arrest with Egyptian president's visit to Germany and said: "Sisi has largely suppressed dissent in Egypt. Thousands of activists and political opponents have been arrested, prosecuted and in some cases sentenced to death since former President Mohammed Morsi was deposed two years ago."

Mansour's lawyer Saad Djebbar was quoted as saying: "The arrest was politically motivated. This is a ploy to terrorize Al-Jazeera journalists and paralyzes Al-Jazeera from doing its work."