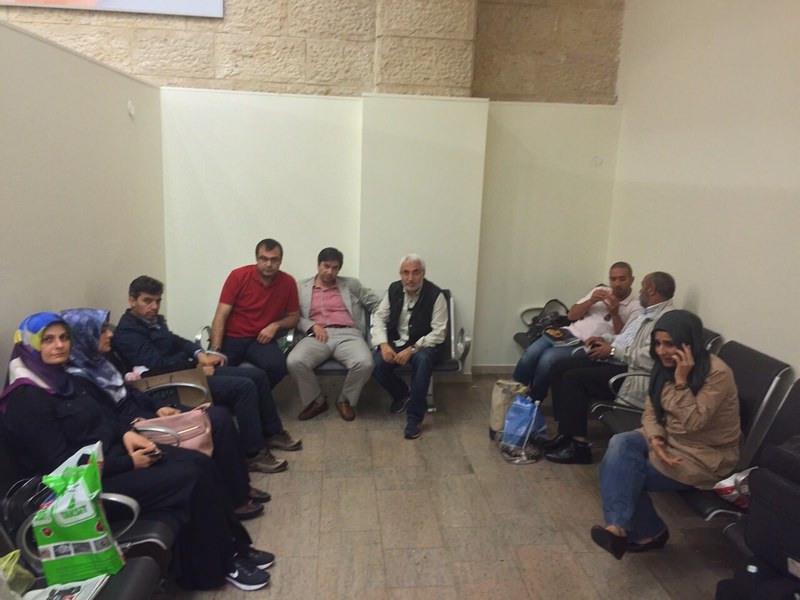 by Anadolu Agency Jun 25, 2015 12:00 am
Israel has deported nine Turkish citizens, including journalists and activists, after holding them for over six hours at Israel's Ben Gurion International Airport on Thursday.

"We are under detention for six hours at the Ben Gurion Airport with a group of journalists and activists. They questioned us individually," Kokce wrote on Twitter.

She said in another tweet that Israeli officials confiscated the group's cell-phones and quizzed them on their WhatsApp conversations and contacts.

In a final tweet, Kokce said the group had been informed they were being deported, and had been banned from entering Israel for ten years.
Last Update: Jun 25, 2015 11:33 pm
RELATED TOPICS