Coalition talks to be transparent, no hidden negotiations, says PM 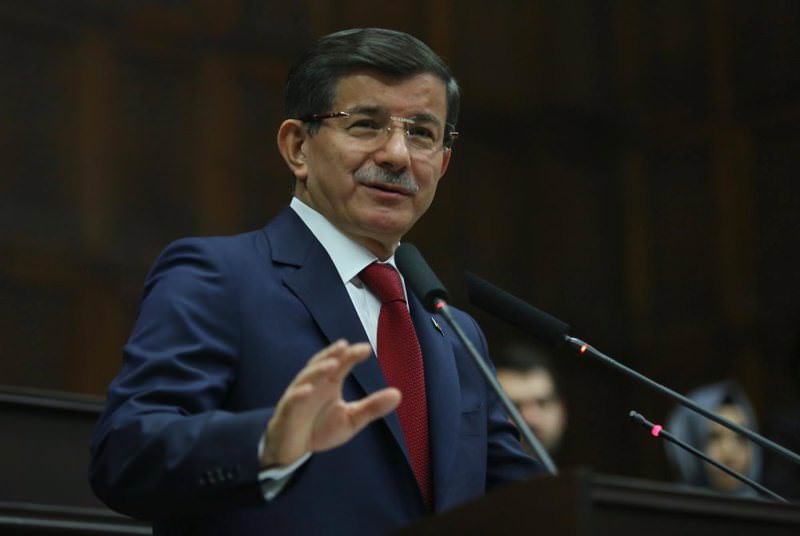 Once assigned by President Erdoğan to form a government, Prime Minister Davutoğlu will begin his tour to thrash out a deal with parties for a coalition, but the opposition's reluctance to ally with the AK Party could likely result in early elections

The Justice and Development Party (AK Party) chairman and interim prime minister, Ahmet Davutoğlu, said that he will meet with every party leader for coalition talks and underlined that talks will be transparent and there will be no hidden negotiations. Speaking to journalists after the AK Party's eighth Traditional Iftar Dinner for Ambassadors on Wednesday night, Davutoğlu said that he would visit all the parties' leaders in the first round and these will signal the possible coalition. "I cannot make a judgment without knowing the oppositions' stance. I will visit all three parliamentary political parties. If needed, I am thinking of meeting with the party leaders one-on-one."

"The most important thing in the negotiations is establishing mutual trust. If that base is strongly established, a protocol with hundreds of pages is meaningless. The protocol must be created simply and be as trust-based as possible," Davutoğlu added.

Davutoğlu continued by saying that the possibilities of a coalition are being assessed by the three commissions established in the AK Party and underlined that they are aiming to motivate "mutual minds" through this.

"We have created three commissions. The first one is the judicial commission chaired by Mehmet Ali Şahin. The second is the economic commission to evaluate what might be needed to be done in the economy, which will be chaired by Ali Babacan. The final commission is the political commission that includes sub-commissions that are evaluating scenarios with the Nationalist Movement Party [MHP] and Republican People's Party [CHP]. The people gave us homework to 'do leave the country without a government and do whatever is needed with responsibility and come to terms with one another.' We are doing our homework," Davutoğlu said.

Underlining that the AK Party is the least of the parties that is in need of a coalition, Davutoğlu said it is not possible to give any date for the finalizing of negotiations. Davutoğlu further said that the coalition negotiations will be held in a transparent manner and added: "I will inform the public once the president assigns me with the position. We have stressed that we will go through with this transparently, thus the procedure will be transparent. There will be no hidden negotiations. We will hold the talks in a manner where there can be no smear on us when the political history is evaluated in the future." Speaking of the Güneş Motel incident in 1977 in which buying off deputies to become the ruling party had occurred under the CHP, Davutoğlu emphasized he will never let such incident reoccur. "I will not let the name Davutoğlu be mentioned with an operation similar to the Güneş Motel. I will lose the elections and still not let it happen," Davutoğlu said.

Davutoğlu said that criticizing the MHP's stance in the speaker of Parliament election is immoral. On the question of whether this election marked a common ground for a coalition, Davutoğlu said that speaker of Parliament election is not subject to coalition government negotiations. Stressing that none of the AK Party deputies negotiated with the MHP, he said that the preference to abstain was their own decision. "I find it politically immoral to criticize the MHP's preference as is done by the other parties in Parliament. It is the MHP's decision to abstain. Our disposition is the same as before regarding the MHP and CHP. There is nothing that has changed; however, I respect the MHP's decision," he added.

After calling the Peoples' Democratic Party's (HDP) statement, which claims a possible coalition between the AK Party and MHP would be a "war government," an irresponsible act, Davutoğlu said: "Talking about war, after the election of a Parliament that was elected with 87 percent participation and represents 95 percent of the people, is a reflection of their subconscious. While they say the words of democracy, freedom and peace, their subconscious contains only war. How dare they accuse the AK Party, which is the architect of the reconciliation process? The AK Party does not have connections with any armed organization, unlike the HDP. They should first confront themselves and then they will have the right to talk about peace."

Saying that the opposition bloc has collapsed, Davutoğlu continued: "The process since June 7 gave hints regarding the political parties' traditions, attitudes and mentalities. If you look at the other parties, they emphasized certain concepts. The CHP suggested a bloc and tried to act on behalf of the others, thus the CHP tried to lay claim to other parties' voters. They also included 1 percent of our voters in their equation and they have been talking about '60 percent of the people' since then. This concept collapsed today."
Last Update: Jul 03, 2015 12:42 am
RELATED TOPICS