Turkey to keep its doors open to refugees: PM Davutoğlu 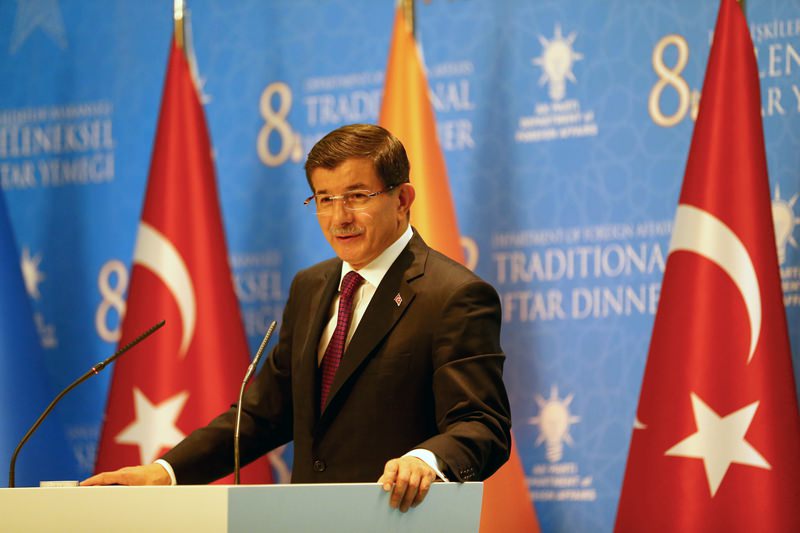 by Daily Sabah Jul 02, 2015 12:00 am
Prime Minister Ahmet Davutoğlu expressed the importance of resolving the refugee problem immediately at an iftar dinner hosted in Ankara on Wednesday.

Speaking to the ambassadors currently on duty in Ankara, Davutoğlu said that Turkey has the most refugees in the world. "At the moment, we have approximately 1.700.000 refugees in Turkey. But what's more striking is, 200 thousand refugee babies have been born in our country so far. They opened their eyes a free country. We would never want anyone to become refugees and cannot turn a blind eye to those oppressed. If these people fled the barbarism of a terrorist organization like Daesh, we have to keep our doors and hearts open, as our tradition and culture tell us," the prime minister said, using a local acronym for the self-proclaimed Islamic State of Iraq and Sham (ISIS) group which currently controls territory in Syria and Iraq.

Emphasizing that Turkey will continue its support towards refugees, Davutoğlu said "Some still accuse Turkey on baseless claims, they even dare to say that Turkey 'supports' Daesh. We will never accept those slanders and will never close our doors to the oppressed whatever it takes."

Davutoğlu also commented on the ongoing economic crisis Greece has been facing and said there are no other countries that would empathise with Greece other than Turkey, as Turkey itself also experienced financial crises back in history. "We would like to see all of our neighbors as economically powerful and politically stable countries. We aim to build solidarity in our region, with all of our neighbors and allies," he added.
RELATED TOPICS