Turkey deploys commando squad along its border with Syria 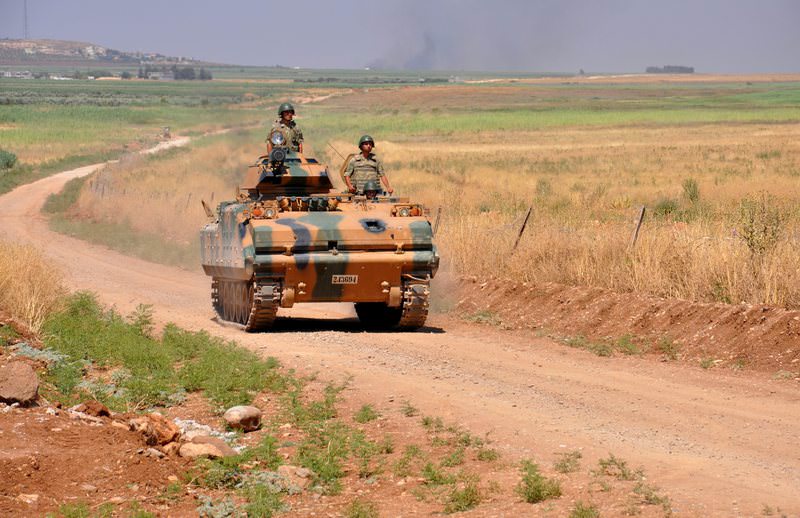 by Daily Sabah Jul 03, 2015 12:00 am
Turkey deployed a special commando squad along its border with Syria on Friday as the clashes between opposition and regime forces in Aleppo intensified.

The squad deployed along the border is the 4th commando Brigade in Turkey's Tunceli province, which is comprised of high-ranking troops trained to fight in intense battles and specialize in counter-terrorism. The squads are expected to lead a possible military intervention into Syria in case of any direct threat to Turkish soils.

On Thursday, Prime Minister Davutoğlu stated that Turkey will not hesitate to take military action in Syria if there is a direct threat to its national security, but if a case like that does not occur no one should create speculation about a military operation in Syria.

His comments came after a senior state official told Daily Sabah that Ankara is adopting a detailed strategy to combat terrorist groups creating chaos next door and to prevent refugee influx into the country, especially when Turkey is already home to nearly 2 million Syrians trying to escape the civil war.

Turkey's strategy includes direct shelling of ISIS militants in case of attempts to take control of strategic points near the northern city of Aleppo.
Acting in coordination with the anti-ISIS coalition, Turkish troops will make sure ISIS does not threaten the crucial Syrian town of Aleppo, as it will directly affect Turkey in terms of security and incoming refugees.

The implementation of the regulation in military intervention in Syria is reportedly completed and is expected to be put into effect in the upcoming days without losing time as Ankara's concerns are at their peak that the violence in Syria could extend to Turkey and lead to a costly protracted refugee situation in the country.